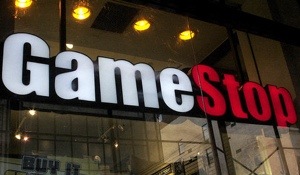 A senior Capcom guy recently said in an interview that he believes retail will always have a place in game sales. It seems like an unwise thing to say when online distribution volume is growing like crazy, but I think he has a point.

Retail will always have a place because it will always be important to facilitate impulse purchases, cash based transactions, giftable (in the physical sense) objects even if that object is nothing more than a token in a box, etc. Secondly, I do believe that some retailers like Gamestop do offer value to less educated consumers (think your mom) when it comes to directing them to products they or someone they’re buying for might enjoy. Sure there are ways that user reviews and the like could provide similar guidance, but for your average non-gaming consumer, they aren’t going to do the research online. They’re just going to walk into a store and ask a clerk for a recommendation.

This really is just true… at least for the foreseeable future. But already, recommendation and popularity engines are curating lots of software in places like the App Store and Steam. Sure, your mom doesn’t use Steam, but what is Steam but an app store for PC games? With the rise of free and near-free games that can be distributed to millions instantly instead of expensive affairs that must be printed, boxed, shipped, and pass through numerous hands, the long tail effect is coming to gaming distribution faster than retail would like to admit.