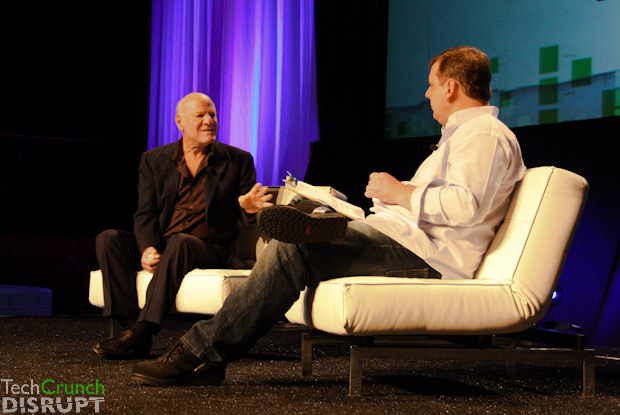 Today at our TechCrunch Disrupt conference in San Francisco, IAC CEO Barry Diller took the stage for a fireside chat with our own Michael Arrington. They covered a lot of topics, but the first thing Diller keyed in on was the most important: net neutrality.

“All of you have to get out there and start arguing for this strongly,” Diller emphatically said. He clearly feels very strongly about this topic. “It is the lives of you all and the people coming after you — we have to protect that,” he continued.

He noted that some Republicans are in opposition to the idea of net neutrality on the grounds that they don’t want government rules on anything. “It’s absurd,” Diller said. “We have to unleash the FCC,” he continued noting that they were bogged down with typical bureaucracy.

Diller said that the FCC has to help get broadband Internet much more developed in this country. He noted that the U.S. is 16th in the world with regard to broadband. “It’s shameful,” he said noting that we’re the leaders in technological innovation.

He then talked a bit about search neutrality. “I want search to remain as neutral as possible,” he said. He said he was worried that Google is starting to get more vertically integrated. He admitted that he had a vested interest in search neutrality as he owns a lot of content — and also Ask.com. Though, the latter, he isn’t exactly bullish about.