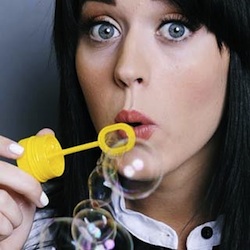 Do you subscribe to Sky Broadband? Have you ever torrented pr0n? Terrible news! The names of many thousands of you—5,000 at last count—have been leaked onto the Internet. It’s pretty much the most egregious leak of this sort that I can ever remember, because now the whole world will know you downloaded Hot Chicks Doing Stuff Vols. 1-9!

Here’s what’s happened, best as I can figure this out.

As such, the law firm has built up quite a little database of IP addresses, as well as real names and physical addresses. (Let’s hope Wayne Rooney wasn’t on the list; the guy has enough to deal with.)

And then there was a security breach at the law firm.

Apparently 4chan, a fine site that I frequent, was involved in the breach, as part of Operation Payback. You know, let’s teach those anti-piracy folks a lesson by breaking into their computers!

We’re left with a few questions, and these are just off the top of my head.

1. What kind of rubbish security did this law firm have in place?

2. What does this say about the practice of storing people’s details in a database? I mean, let’s say a law firm sends you a letter for downloading Whatever. You settle for a couple thousands pounds (dollars, euros, etc.) Why, then, do they need to keep your details on its servers? Makes no sense.

3. Surely there are more constructive ways to go about voicing your opposition to something than by causing destruction. Unless your name is Robespierre, leave the destruction to the history books.