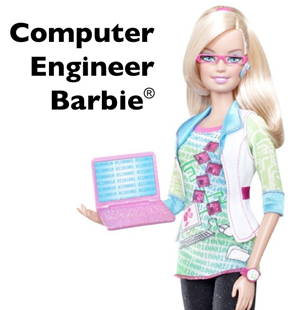 Women in tech, the song that never ends … Somebody realizes that the ratio of women versus men in tech is 20 to 80 and decides to write a blog post blaming something or other or in the case of Mediaite’s Rachel Sklar, writing a piece in the WSJ calling out TechCrunch founder Mike Arrington for the lack of women in tech, to which he responded.

Much like the VC panel, the “Women In Tech” panel was full of strife and awkwardness, bifurcating into arguments about NYC vs. Silicon Valley and 23-year-olds versus 37-year-olds, etc. 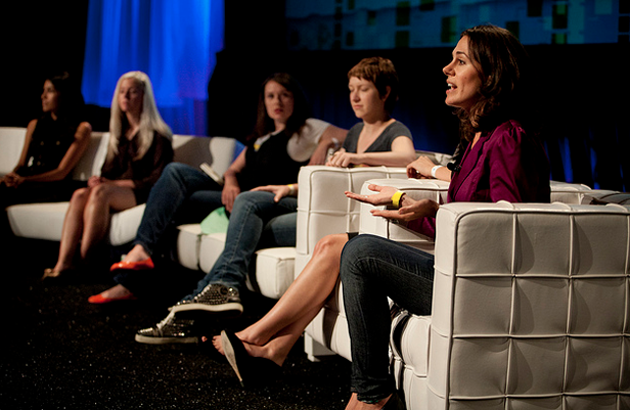 What most of the women on the panel could agree on however was that none of them actually wanted to be on the panel, “I don’t believe in a all-women panel and putting people on stage unless it’s merit driven,” said Banister, “I’ve seen nothing but red carpets in our industry.”

Chipps also debated the necessity of the panel: “As a developer I’ve gotten so much assistance from the men out there.”

Sklar was perhaps the only dissenting voice, “There’s benefit to including women in everything.” You can’t really argue with that.

Leto’s take, “Maybe next year we can name this panel something specific, like ‘Solutions That Work For Getting More Women Into Tech.'”

Greer, who had a negative experience with commenters on the original “Too Few Women In Tech? Stop Blaming The Men” article, shared her somewhat meta perspective, “We’re on a panel for a blog that just got acquired for a bunch of money, that is run by a woman. [TechCrunch CEO] Heather Harde is proof that we can be successful too.”

Basically reasons for why there isn’t more women in our industry are well-known and much discussed, primarily the lack of role models for women who are interested in tech.

How many TV programs and movies have key protagonists who are engineers, let alone women engineers?