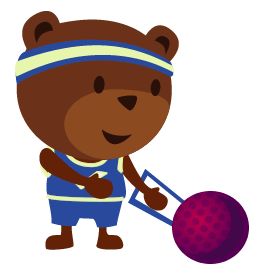 When I logged on to Brizzly this morning, a notification popped up announcing some brand new features for the web-based social networking client. As you can read on Brizzly maker Thing Labs‘ blog, there are also some design changes accompanying the new features.

Like rival Seesmic Web has done in the past, Brizzly has now added Foursquare support to the fray, which means you can now see your friends’ Foursquare check-ins from within Brizzly. There’s also a new camera control feature and Brizzly has also finally decided to give people the choice on how to retweet, erm, tweets: the classic way or the – not so new anymore – new-style retweet functionality.

Thing Labs has also moved the posting form in Brizzly away from the top of the screen, into the top of the left-hand navigation, so it can be accessed from any Twitter screen. In addition, the startup added easy access to drafts and Brizzly photos while posting.

Finally, if you have a lot of saved searches or Picnics, your navigation menu and the Trends & news section don’t stay in place when you scroll down the page (in the Twitter tab).

Henceforth, you can collapse or expand any of the navigation sections on the left side of the screen by clicking on the title.

While AOL and Thing Labs remain mum on the subject, we’ve heard from solid sources that the former is in the process of acquiring the fledgling company, mostly for its talented and experienced founding and management team.

Thing Labs received a little over $2 million in funding from Polaris Ventures, SoftTech VC, and angels including Michael Jones (now the President of MySpace), Ron Conway, and Greg Yaitanes (best known as a director of the hit Fox TV show House). The company initially sprung out of Polaris’ Dog Patch Labs in San Francisco.