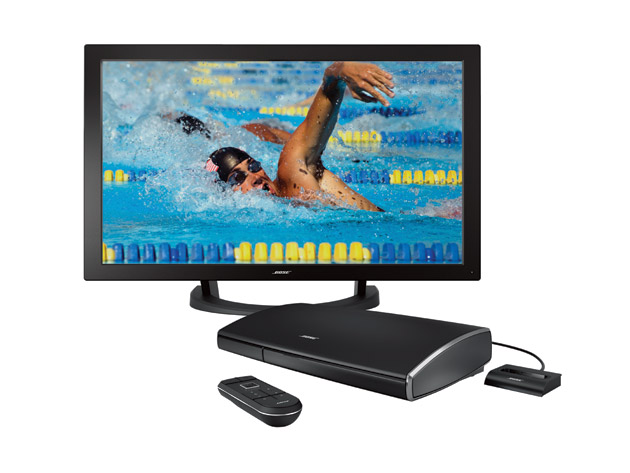 Ahem. Well, Bose also had some news of its own today. It announced the existence of something called the VideoWave. It’s a 46-inch LCD TV, which, by itself, isn’t so exciting. What is exciting is the fact that the sound the TV produces is actually… how should I put this? Really, really great. Yes, that’ll do.

VideoWave, which is scheduled for release on October 14 for $5,349. (That includes “white glove” delivery service, by the way.) Bose will only sell it in Bose stores because the company wants to make sure the people showing it off to you are as knowledgable as possible. You don’t want some blue shirted teenager saying something like, “Yeah, uh, it’s really bitchin’.”

So, as I said, Bose thinks that home theaters systems have become entirely too complicated. You’ve got 18 different remotes, wires running all over the place—it’s a bit of a mess. By keeping all of the sound within the TV unit itself you eliminate at least some of that. 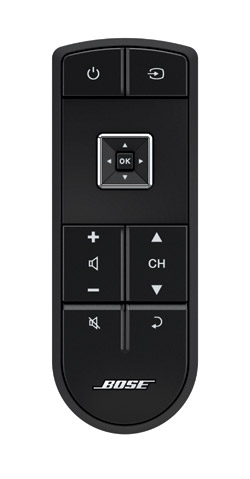 The other big part of VideoWave is the remote control+interface Bose has developed. The remote, seen here, only has a few physical buttons; everything else is controlled with the scroll pad, which is sorta like the old iPod third generation. As soon as you touch the screen an on-screen interface pops up, and you control the situation, for lack of a better word. Switching between sources is pretty simple: you tap the source button (one of the few physical buttons on the remote), then scroll down to the source on the on-screen menu.

Certainly an impressive system, but I only had maybe 15 minutes of quality time with it. Maybe we’ll be able to review it one day?

/me knocks on wood