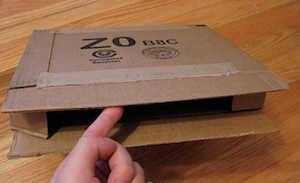 Okay, we know now that Amazon is on the verge of releasing an Android-based app store. But last week, before we knew that, we got an interesting tip that such a move was coming soon — this week, actually. And that tip came with a bonus attached — the tipster also heard that Amazon was going to be releasing an iPad competitor alongside the store.

Now, unlike the app store, we don’t have any further information to verify this tablet. But again, this tipster nailed the app store part of this news — and knew a couple other tidbits that turned out to be true. So it certainly seems possible that they’re right again.