GoPro isn’t a new name in the sports camera world. People have been strapping their cams to motorcycles, surfboards, and cars for some time now and their latest model brings high-def video for a bit less. The HD Hero 960 offers most of what the big brother HD Hero does, but for nearly half the price. You might not mind what’s missing, though.

We have both of the cameras in-house for future vehicle reviews and used the new, lower cost model for the video above. The HD Hero 960 is perfect for Internet distribution as it only records in 960p, 720p, and 480p. It’s missing the 1080p and 60fps shooting modes found in its big brother. That’s fine if you plan on sharing the video via YouTube or Vimeo where the higher resolution isn’t needed. Plus, it’s only $179 instead of $299. 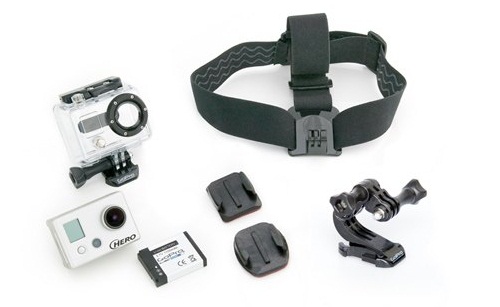 The camera is still just as extreme, though. A head strap and surface mounts are included, with additional mounts available. Wanna mount it to your car’s body panel just behind the front wheel? Buy the suction cup mount. Handlebars? There’s a handlebar seatpost mount. Surfboard? Yep, there’s even a surfboard mount.

The HD Hero 960 should start shipping this week.