Earlier this week, I attended Accelerate 2010 in Singapore, a two-day tech and mobile industry event that attracted no less than 2,000 international attendees. Organizer and major telco SingTel (which boasts around 350 million customers worldwide) offered up a slew of presentations and panels. But giving in to my penchant for discovering Asian startups, I will just focus on Accelerate’s so-called “Asia’s Top 50 Apps” program in the following (head over to e27 for more coverage of the event). 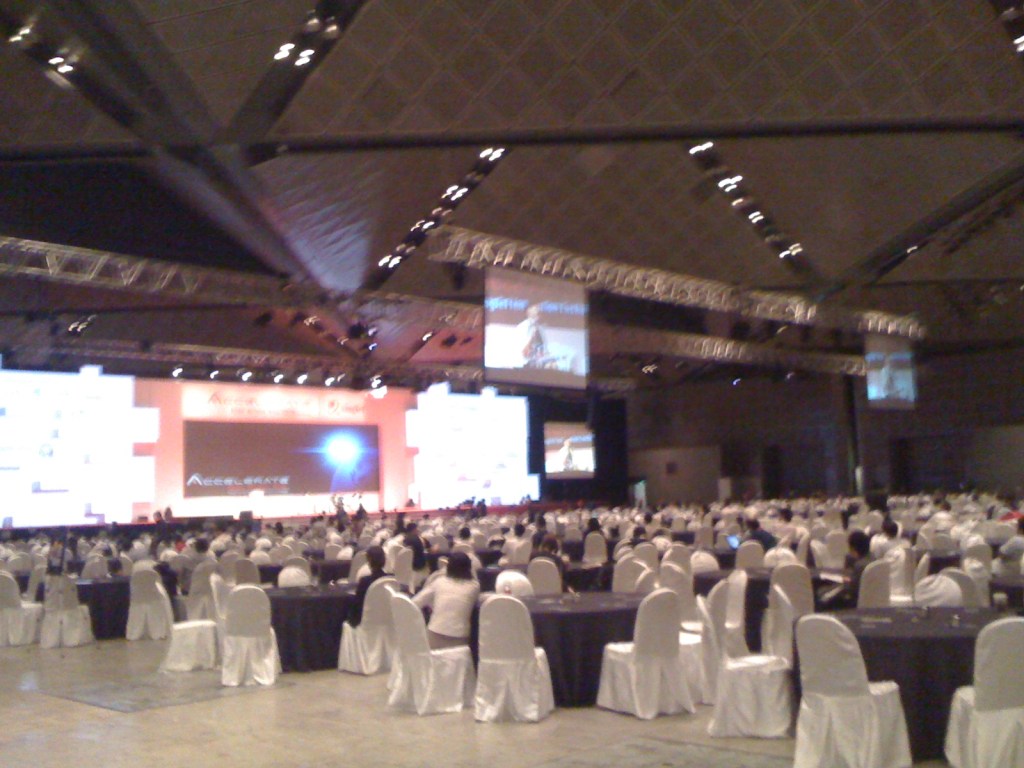 What’s Asia’s Top 50 Apps? SingTel, in cooperation with e27 and others, called out for users to nominate and vote for web and mobile applications that were either developed in Asia or mainly target Asian markets. A total of 50 apps from the region made it to that list (out of 200 nominations), and during Accelerate, a panel of judges selected “Asia’s Top 10 Apps” (which won a three months of rent-free stay at Plug and Play Center, among other things).

But here are thumbnail sketches (of varying depth) of all 50 Asian mobile apps and web services, starting with the top 10 and in no particular order (luckily, almost all products listed up below are available in English).

Flutterscape (Japan)
Pitched as a real-time, cross-border social market place, Flutterscape lets users not only share cool product discoveries from Japan but also enables purchases from abroad. The way it works is that Japan-based users can sell an item discovered locally on Flutterscape by submitting pictures, the price, a description etc. People outside Japan can then buy it on the site (i.e. this karaoke machine). The seller purchases the item for the buyer at the local store, sends it to the Flutterscape logistics center, which ships it to the customer and also takes care of the billing and payment.

Zopim (Singapore)
Zopim is a web-based live chat application for businesses that shows up as a customizable chat widget on your website (no pop-ups). The main selling point of the service is its simplicity, as copying and pasting a few lines of code into the website is enough. Zopim features multi-agent-chat, multi-language and multi-platform support (for all browsers, various IM clients and smartphones). A core element is the Zopim dashboard, from where you can chat with multiple customers, monitor them live as they surf (location, repeat visitors, history, etc.) and analyze browsing patterns.

Gantibaju (Indonesia)
CEO Aria Rajasa isn’t a big fan of the comparison, but I’ll make it anyway: Gantibaju is basically Indonesia’s hyper-localized answer to t-shirt design service Threadless. The main idea is to empower local designers to get in touch with Indonesian customers who can buy selected t-shirts directly through the site. Rajasa says Gantibaju currently receives close to 1,000 design ideas monthly. More info on this startup can be found here.

Sekai Camera (Japan)
TechCrunch50 superstar Tonchidot has made it to the Accelerate Top 10 with Sekai Camera, its free augmented reality application. Sekai Camera has gone a long way since 2008, and is now available for iPhone, Android, iPad, and on the web. Tonchidot also introduced an API (dubbed OpenAir) and just launched its app platform that makes it possible to deploy augmented reality-powered social games and other apps within the Sekai Camera ecosystem. More info on Sekai Camera can be found in my previous blog post.

buUuk (Singapore)
buUuk is a location-based/augmented reality iPhone and Android app that helps users locate good restaurants and bars in a number of countries in the Middle East and Asia (even in North Korea). The free app gives you directions to locations near you, apart from letting you map, review and discuss them with other users. buUuk users can also search for restaurants by cuisine, location and rating, get discounts or share tips via Twitter and Facebook.

mig33 (Singapore)
With around 40 million users, mig33 is one of the biggest mobile social networks in Asia (even though it’s available globally, it’s particularly strong in India and Indonesia). The download Java app rolls VOIP features, instant messaging, texting, e-mailing, picture sharing, gaming, chatting, virtual gifting and other features into one. We last covered mig33 back in March.

TwitCasting Live (Japan)
If you ever wanted to stream live video and tweet about it at the same time, then TwitCasting is the right app for you. As its name suggests, the free iPhone app (main app/Viewer) is tightly integrated into Twitter. It splits the phone screen in half: on the top, you broadcast live video. On the bottom half, you can post updates to Twitter, view your timeline or access other websites. Every time you start a recording, you can send out an automatic tweet to your followers who just need to click on a link to start viewing the broadcast on their PC (TwitCasting’s website), the iPhone or iPad. We covered TwitCasting in March.

ShowNearby (Singapore)
ShowNearby is a location-based listings app that runs on the iPhone, Blackberry, Android, and the web. Currently available for Singapore only, the app displays the nearest places of interest, for example ATMs, restaurants, convenience stores etc.

Stictok (South Korea)
Stictok is a Facebook app that lets you find new friends based on virtual stickers that contain profiles your existing friends have created. Stictok compares the interests users listed up in these stickers and makes recommendations to befriend other users based on that. The company behind the app, Seoul-based moglue, is currently working on a great-looking interactive ebook building platform called “Active StoryTeller”.

Here’s an overview of the 40 other apps and services that were shortlisted but didn’t make the cut. Almost all of these are available in English, so it’s easy to give them a spin.