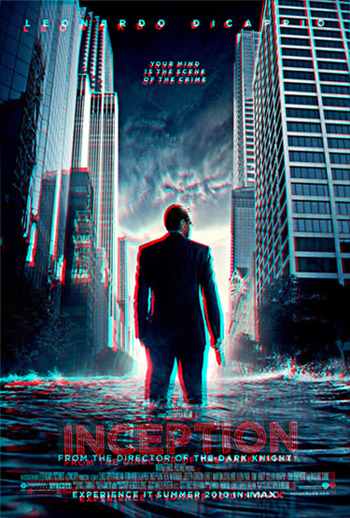 Would you ever sit down an voluntarily watch any of the following movies: Clash of the Titans, The Polar Express, and Cats and Dogs: The Revenge of Kitty Galore? If you answered “yes,” or even, “yeah, maybe” please answer the following question: wow, why? In any event, just know this: HBO plans to launch a 3D on-demand channel “early next year,” and these movies will be among those featured at the onset.

That HBO plans to launch a 3D channel isn’t too surprising in and of itself—everyone “knows” that 3D is the future, so they’re all trying to break in, even if they have no idea how to go about it—but this next bit is a bit more interesting.

HBO is working toward hosting the 3D world premiere of the movie Inception, which, as I understand it, isn’t too bad at all.

That would be a big deal, I suppose, but once again: raise your hand if you’re willing to rush out to the store, slap down your nearly maxed out credit card, buy a brand new 3DTV, then find a provider that offers HBO 3D?

Seems like an awful lot of money (and time) for two or so hours of entertainment.

Of course, HBO and Warner Bros. have officially denied the idea of launching Inception 3D on the network.

If I had a time machine, I’d go forward 50 years into the future. Things wouldn’t be radically different, and we’d hopefully have figured out how to make this 3D technology actually interesting. Right now, it’s like death by a thousand cuts with all these microscopic developments.

Please be good soon, 3D. With every passing bomb at the box office it’s starting to look like you’re all steak, no sizzle.