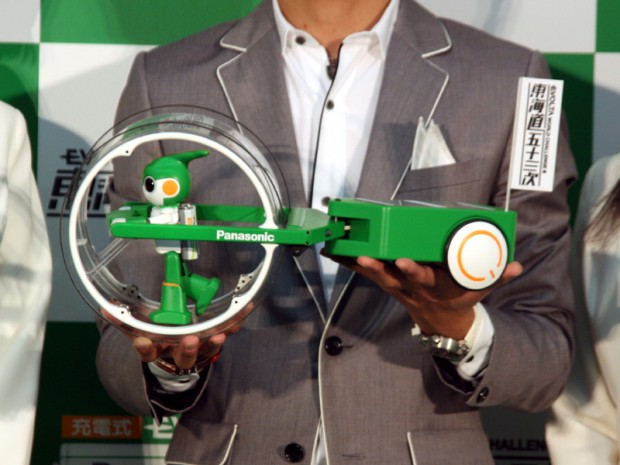 When we showed you Panasonic’s new mini robot two weeks ago, we only had one good picture of him and no video. But today, the company held a special press conference in Tokyo where it showcased the little guy for the first time. To recap, the robot is supposed to start a 500km journey from Tokyo to Kyoto tomorrow – powered by Panasonic’s EVOLTA batteries.

Panasonic also revealed some more technical details: as reported before, he’s sized at 150×400×200mm, weighs 1kg and will be powered by EVOLTA batteries that go on sale in Japan next month. Apparently, the robot will be remote-controlled, using a total of 12 batteries. He’s still relatively light as the body is mainly made of plastic and carbon fiber. 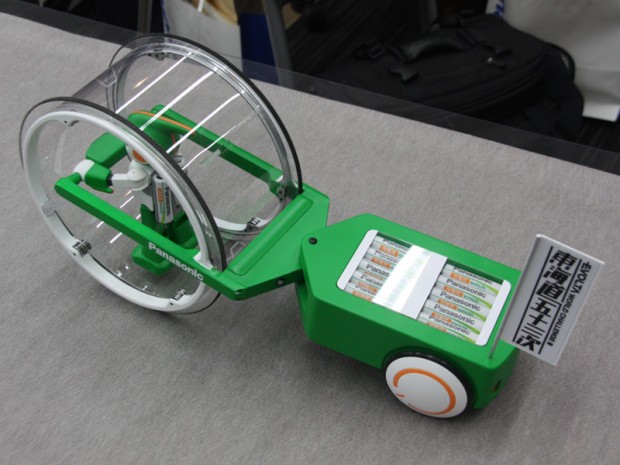 Panasonic also said that he moves at 3-5km/h and is scheduled to finish the long trip on December 10. The robot’s Twitter handle was also revealed: he will be “tweeting” about his progress under Evolta Toukaidou (in Japanese).

Here’s a video AV Watch shot at the press conference that shows the robot and the remote control:
http://blip.tv/play/hMQ5gf7ZWAA%2Em4v