Let’s take a look at the 2010 Range Rover Supercharged infotainments systems because after all, shopping for in-vehicle technology is just about as important as feeling out the powertrain and suspension. Often these creature comforts can make or break a vehicle. But not the Range Rover Supercharged. Nope. Even though the infotainment stack is antiquated and the LCD dash cluster is nothing more than a novelty, the rest of the vehicle more than makes up for these letdowns. 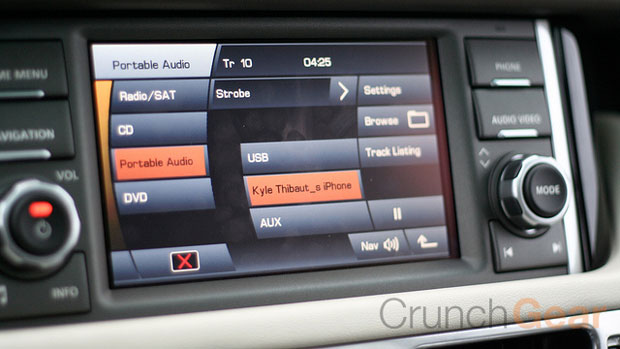 See, the center LCD screen that controls media functions and navigation feels like a carry-over from a 2008-ish vehicle and that’s not good considering this 2010 Range Rover prices out north of $100k. The whole user interface feels a bit off. The system isn’t missing anything per se, but is just poorly designed. The layouts have strange control schemes, many of the menu’s only have one option, and the navigation looks like something from a department store GPS. Yes, it could be so much better, but I still love this truck.

Take the fancy-pants LCD dash cluster. It’s novel, I’ll give it that, but it’s not all that functional in practice. It has none of the sweet functions of the Jaguar’s implementation. It simply displays two round analog dials with a menu system between them. The Range Rover’s cousin, Jaguar, also uses an LCD screens for some models but features some nifty tricks such as replacing the fuel gauge with navigation maps on the fly. There’s none of this on the Range Rover’s version. Only during one off-road mode does the right analog dial scoot over a bit to display the vehicle’s differential settings. 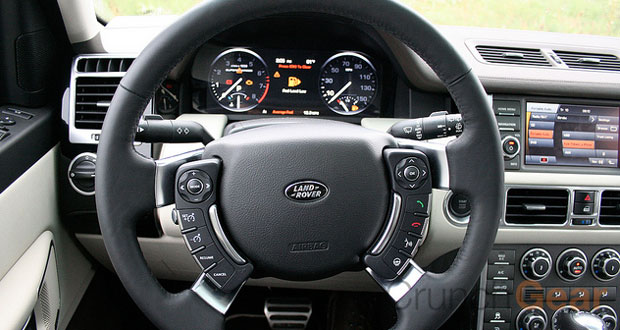 You would think that with an LCD screen, an owner could customize their gauge cluster however they want. Nope, there’s only one option and that’s a silly spotlight mode that dims the gauges except where the needles are pointing. You can see this in the video and the pic above. I spoke with a Range Rover engineer extensively about the lack of options and apparently a committee decided to limit the amount of customization. For what reason, I do not know. Honestly, the LCD screen gauge cluster is a bit of a disappointment and I would rather see classic analog gauges with an LCD between them if customizing isn’t available. 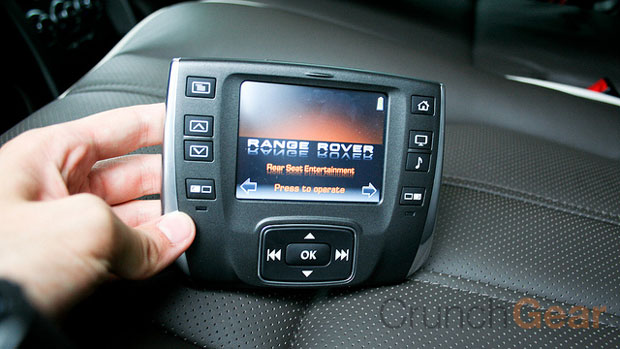 The rear seat entertainment suite hits a home run, though. There are two LCD monitors sunk into the front seat headrests and are totally independent from each other. Passengers can watch a DVD from the 6-disc changer or content from either of the two composite video inputs. Everything is controlled from a large wireless remote housed in the rear-seat armrest — yes, I said wireless.

It’s clear within minutes of playing around with the in-vehicle electronics that they were not a primary focus for designers. A $25,000 Ford impresses more. However, the systems in the Range Rover get the job done and aren’t bad enough to totally rule out purchasing this vehicle. More to come on Friday with our full overview and as always, drop your questions below and we’ll try to answer them. 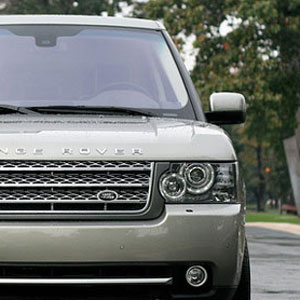 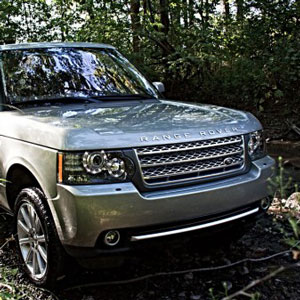