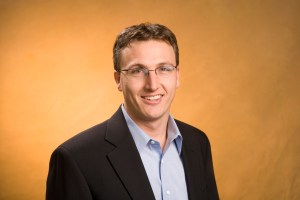 Solar City, a company that designs, installs and leases out solar systems to home and business owners announced that it will bring solar power to some 30 Wal-Mart stores in California and Arizona.

Wal-Mart operates more than 8,500 brick and mortar locations worldwide, and began adding renewable energy to operations, bit by bit, years ago. Since 2005, Wal-Mart has purchased wind-generated electricity from Duke Energy, solar power from Sun Edison and SunPower, and tested out hybrid and biofuel trucks within its fleets, also installing Bloom Energy biogas fuel cell system to power two stores in Southern California. Solar City plans to use thin-film solar technology at the Wal-Mart stores provided by Miasolé and First Solar.

The deal is representative of a global trend: increasing use and sales of clean energy, in particular from solar photovoltaics. According to research by SolarBuzz, the “PV” industry’s worldwide revenue increased by 154% year over year, hitting $17.2 billion for the second quarter of 2010, compared to $6.2 billion for the same period in 2009.

Chief executive and founder of Solar City, Lyndon Rive [pronounced like “five”] spoke with TechCrunch about helping Wal-Mart go greener, what his company looks for in solar technology providers, and why the United States is simply not a solar leader — yet. 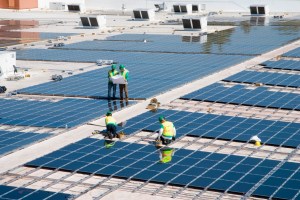 Q: What does Solar City do?

LR: We’ve had a clear road map since the inception of the company in 2006. We knew we needed to make solar as affordable as possible for as many people as possible, reducing barriers to adoption, and up front costs.

We design, finance and install [solar] photovoltaics systems at residential and commercial sites. We don’t sell the systems to our customers. We own them. So, we are responsible for making sure that they can continue to produce power reliably and affordably for the next twenty-five years.

Our plans are aggressive, to double and triple every year. That gets harder, but we feel confident we can achieve that.

Q: How do you select the products you use in your solar projects?

LR: Our vice president of product focuses on this much more than I do. But our criteria would include longevity and power first, then cost. To an extent, we rely on what manufacturers present to us. If they are adopting new, lower impact or zero impact materials, we will be able to adopt those, too. We look for suppliers who show leadership in terms of R&D, panel technology and more while meeting our basic criteria.

Q: What does working with Wal-Mart mean to your business?

LR: Wal-Mart has many years of success and is known for being financially conscious in every way. Hopefully other brick and mortar retailers will look at their example, and say if Wal-Mart can use solar, we can do it too. The Wal-Mart stores we are working with are large in size. But many of the commercial systems we deliver are 100 to 200 kilowatts, meaning smaller systems. We can almost always save customers money from day one. Or we can at least get them energy at the same price that they would have paid for energy from hydrocarbon, non-renewable, polluting sources.

Q: What will happen to the photovoltaic systems that you install, once they are spent?

LR: We intend to recycle everything we use. We haven’t been doing this yet, as most of our projects have been deployed within the past three to four years and are not yet at the end of their life.

First Solar [one of our suppliers] has an entire recycling program they have implemented to make this kind of thing possible. But the value chain that we address, and the research and development that we focus on is around delivery and financing.

We look at mounting equipment, process automation and building permits, the vehicles we use to run our fleet — we find and do everything we can in the most environmentally responsible way across the board to get solar installed and drive solar adoption. We ask things like: how do we reduce the travel time of our trucks? How do we do more at once during a site visit?

As far as the panel technology, all we can do there is influence. This is a global market, and as it gets bigger we hope we can also be more influential.

Q: You are venture-backed by huge clean tech investors including: Mayfield Fund, Draper Fisher Jurvetson, DBL Investors, Generation Investment Management LLP and Elon Musk. How have they impacted you most?

LR: At the end of 2008, there was this financial crisis. For the first quarter of 2009, if it wasn’t for the additional capital we’d raised we could not have grown. Today we’re doing really well. We’re cash flow positive. We’re hiring in every single area. It’s crazy! We’ve hired over 300 people in the last year. We’re over 760 employees.

Q: Why isn’t the U.S. viewed as a leader in solar today?

States like California, Arizona and New Jersey have solar programs that vary widely. Other states don’t have anything in the way of a solar subsidy whatsoever. They are all operationally different. The variables make it difficult to achieve the scale you see in other more uniform markets.

Some states are 99% coal-powered, and that power is ultra low-priced. In some places, if you consume more power, if you are less efficient, you actually get a bulk discount. Don’t even get me started on this. It makes no sense. It’s a bonus for being the least efficient and for using one of the more air-polluting sources of energy!

Q: How could the U.S. become more of a solar industry leader?

I look at other manufacturers. When a manufacturer pollutes, say in liquid form, they have to pay, they have fees and disposal requirements. If corporations that “manufacture” energy pollute the air, they must pay for this, take ownership and include it in their costs.

If the U.S. government would make facilities that pollute the air pay for their pollution, that will drive the adoption of clean power.

Q: What else could help the solar industry take off here?

The federal government should extend cash grants and tax credits for solar [specifically the Payments for Specified Energy Property in Lieu of Tax Credits part of the American Recovery and Reinvestment Act of 2009]. Right now, the treasury department is considering the renewal of this program.

If it does not get extended…the supply of financing for solar projects will be limited which will increase the cost of capital and slow solar adoption.

We have the chance to take leadership in solar adoption here if we keep the programs running a while longer. You extend a cash grant program and you will see us become one of the leaders.