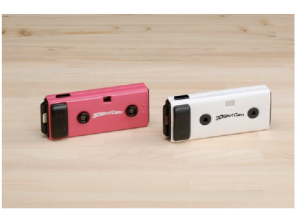 And now Gansky is early in recognizing that the 21st century will be all about sharing. Rather than a technology start-up, however, Gansky’s latest venture into the future is a book. In The Mesh: Why The Future of Business is Sharing (released this week), Gansky argues that the quintupling of traffic on the Internet between 2009 and 2013 is creating what she calls a “mesh” economy of shared services and products like Netflix, Zopa, Zipcar, Lending Club, Kickstarter, ThredUP, SmartyPig, Etsy and Smava. She argues that the trillion Internet connected devices expected to exist by 2013 will enable us to return to a “simple life” in which we will be emancipated from many of the supposed material “necessities” of the 20th century industrial era.

As a serial technology entrepreneur, a female Silicon Valley CEO, a committed environmentalist, a global social activist and now a mainstream media author, Lisa Gansky has proved time and time again that dreams can, indeed, become reality. With The Mesh, Gansky is early again. And this idea that the future of business is sharing may well turn out to be her most prescient idea of all.

From GNN to Social Media: Gansky on what’s changed on the Internet between 1993 and 2010.


The Mesh: Gansky on why she wrote “The Mesh” and why she isn’t a communist.

The Environment: Gansky on the enviroment, clean technology and why she’s into Waste.

Women: Gansky on surviving in the boy’s club of Silicon Valley and how to have male subordinates.