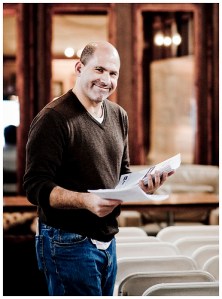 Josh Kopelman of First Round Capital was supposed to be my guest on “Ask A VC” this week, but called me this morning to cancel because his attorneys pointed out that doing press interviews while raising a new fund ran afoul of Securities & Exchange Commission rules. Oops. Filling in is Mike Hirshland– or “VC Mike” as he’s called.

Regular readers know the drill by now: Email your questions to AskaVC(at)techcrunch(dot)com. You can leave them in the comments, too, but I’ll prioritize the ones emailed, because they don’t give the guest time to prepare an answer. I purposely invite guests who are leaders in the field and are blunt. So don’t be shy. With a lot of developments in the world of venture capital this week, there should be plenty of questions out there.

If you don’t know Hirshland here are some facts, that may prompt more questions:

1. He is a partner at Polaris Ventures in Boston, but spends almost all his time in the Valley because he says that’s where the best consumer Web companies are.
2. He founded Dogpatch Labs– a bicoastal hang-out spot in San Francisco and New York to help give him a leg up on deal flow in this ultra-competitive world.
3. His investments include Automatic (aka WordPress), ThingLabs (aka Brizzly) and Quantcast.
4. Before Polaris he worked for the Senate Judiciary Committee that investigated Microsoft’s antitrust issues.
5. He’s sort of an over-grown frat boy. I say that with love. You’ll see what I mean Friday when the show runs.