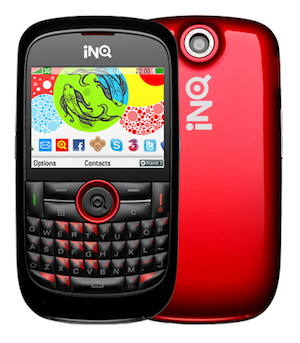 Perhaps you read our story from late last night that Facebook is working on its own phone. This morning, Facebook PR has begun countering that story, saying that our report “is not accurate.” Sorry, did I say “countering”? I meant “spinning”.

If you read their statement, it goes on and on about how important the mobile space is to Facebook and technologies like HTML5 and their own Connect are central to what they’re working on. It’s all vague PR babble that actually doesn’t mean a whole lot. In fact, the only thing that does is this: “Facebook is not building a phone.”

There are a few possibilities here. 1) Our sources on this are wrong. 2) Facebook is lying. 3) Facebook is telling their own version of the truth. 4) This is a need-to-know basis project and Facebook PR doesn’t need to know.

We going to say that based on what we’ve learned, what can safely rule out number one. We’re also going to give Facebook the benefit of the doubt and rule out number two — for now. Number four is possible, but seems unlikely. We have to believe that Facebook would simply tell their PR department to say nothing at all, if they didn’t want to brief them on the project. So that leaves number three.

By saying “Facebook is not building a phone,” what the company likely means is that they won’t be manufacturing their own hardware. Right. We never said that they were. As far as we know, Facebook doesn’t own hardware manufacturing plants, so how would they? This is the same type of semantic caveat Google kept using in saying they were not working a phone. Okay, there aren’t actually Google employees in the plants building them, just like there won’t be Facebook employees building them piece by piece.

Instead, Facebook, like Google, is likely working on its own mobile operating system (maybe even based on Android — we admittedly don’t have a lot of details at this point) that will be tied to hardware built by a third party. That’s exactly what we said in the first paragraph of our post last night:

Facebook is building a mobile phone, says a source who has knowledge of the project. Or rather, they’re building the software for the phone and working with a third party to actually build the hardware. Which is exactly what Apple and everyone else does, too.

So, yes, technically they’re not physically building a phone, I suppose. But that’s sort of like saying Banana Republic isn’t in the clothing business because they outsource the actual shirt-making to Asia.

But my favorite part of the statement is this:

For an example, check out Connect for iPhone and the integration we have with contact syncing through our iPhone app.  Another example is the INQ1 phone with Facebook integration (the first so-called ‘Facebook Phone’). The people mentioned in the story are working on these projects.

We may not know the specifics about what Facebook is up to with regard to their own phone, but we know they have a very talented team working on the project. And Facebook can deny it all they want right up to the day it’s released.

Update: Nice job Facebook. You still sure there is no phone?

(Oh, and for those asking — yes, the Zune Phone project was very real. Microsoft killed it after years in development and that played a big role in J. Allard’s departure, we hear.)