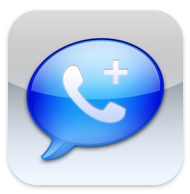 This is a post I’ve looked forward to writing for a long time — and I’m surprised that I’m even getting the chance. In July 2009, we broke the news that Apple had banned Google Voice from the iPhone. But it hadn’t just blocked Google’s official application — it had also removed two third-party applications that had already been live on the App Store for months: GV Mobile, which was created by Sean Kovacs; and VoiceCentral, developed by Riverturn.

Of course, Kovacs and Riverturn hadn’t done anything wrong — they’d simply gotten caught in the crossfire of the growing rivalry between Apple and Google. Fast forward to today: nearly fourteen months after it was unceremoniously removed from the App Store, Apple has finally reinstated one of the applications that started it all. You can download the new version of GV Mobile+ right here. The application has been available in Canada most of the day, but only hit the US store minutes ago.

The news is not unexpected. Earlier this month, Apple totally revamped its App Store policies: it finally released a list of guidelines to tell developers what isn’t allowed, and it began permitting developers to use whatever tools they’d like to build applications (reversing a restriction that was added earlier this year). After reading through the new guidelines, Kovacs reached out to Apple about possibility resubmitting his Google Voice application, and their response seemed to indicate that he had a good chance at getting GV Mobile back on the App Store. 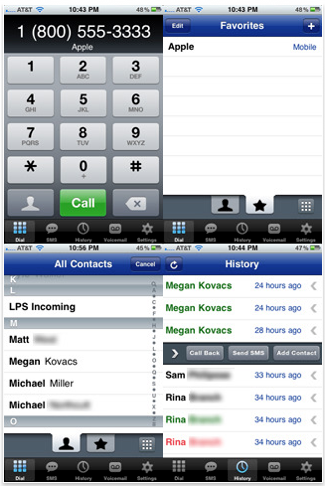 The other reason this isn’t a surprise: last night Apple accepted a different third-party Google Voice application into the App Store. Talk about adding insult to injury — Apple removed GV Mobile over a year ago, then, after finally deciding to give it the green light, it approved a competitor’s application first (which got a huge amount of press coverage and is now one of the App Store’s top grossing apps). That said, GV Mobile seems to be getting plenty of attention, and will probably do just fine.

But what about VoiceCentral, the other Google Voice application that got the axe last year? Riverturn, the development house behind the application, has shifted focus to an HTML5, browser-based Google Voice client called Black Swan (it’s quite nice). Riverturn President Kevin Duerr says that the HTML5 app has actually performed better than the iPhone application did, and he notes that Riverturn can keep iterating and improving on the web app because it doesn’t have to go through Apple’s approval process. That said, he says that Riverturn will likely wind up revisiting and resubmitting its native iPhone application simply because it’s such a big market.

And what of the official Google Voice application — the one that sparked an FCC Inquiry? We’ve reached out to Google multiple times, and were given this statement:

“We currently offer Google Voice mobile apps for Blackberry and Android, and we offer an HTML5 web app for the iPhone. We have nothing further to announce at this time.”