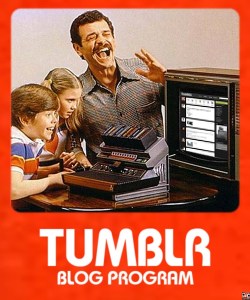 As regular readers may or may not recall, I recently quit Twitter. My reasons for doing so were legion but one of the biggest was the fact that, as someone whose job it is to write about himself, I’d noticed that Twitter had adversely affected my ability to work. Not because it was distracting – which it was – but mainly because I realised that since joining Twitter I realised I’d all but stopped writing my blog.

When I wrote my previous book, back in 2008, my blog archives proved a really useful way to go back and fact-check my recollection of events, not to mention double-checking exactly dates and times of my travels. When it came time to write the next book, though, I was slightly alarmed to discover my Twitter archive mainly furnished me with 2300 (of the 10,000+ I’d actually written) micro-notes packed with some useful insights as “heading out to buy eggs” and “Just saw a man nearly getting hit by a car”, not to mention a couple of hundred context-free OH’s, none of which was attributed.

My plan was that, after quitting Twitter, I’d be able to focus on writing stuff that actually paid the rent, and then go back to using my blog to fill in the gaps. And that’s what I’ve done.

But there definitely remains a murky middle ground at the lower end of the scale (if that’s not a contradiction in terms) – stuff that I want to draw attention to, that perhaps deserves a wider audience than the two or three friends I might happen to run into while the thought is fresh in my head, but that doesn’t justify a whole blog post. There’s also the issue that, with RSS usage trailing off, Twitter has become the default way to keep track of new columns, posts, books etc from writers who you follow.

So what’s the answer? Return to Twitter? Definitely not. Write one-line posts on my blog? That’s just weird, and it doesn’t solve the ‘following’ problem. So what does that leave?

“How about a Tumblr?”

That’s the question I’ve heard a dozen times from friends who are writers. It’s also, apparently, the solution that has John Mayer settled on, having also quit Twitter (copycat, John Mayer!). On the face of it, it seems like a good plan: move my blog over to Tumblr (I already have an account, apparently – although I don’t remember registering it) and benefit from an lower maintenance platform to write shorter – but still substantial – posts plus the ability to follow and be followed by others.

I have questions, though. What should I do with my old blog posts? Can they be ported over, and should they be, given I’d be at the mercy of someone else’s SAAS solution rather than my current backup-able dedicated hosting thing? Also: will Tumblr prove just as distracting as Twitter? Does it inherently lead to shorter, pithier re-blogging rather than actual posts? No one I’ve spoken to seems to have good answers to any of these questions – perhaps I just don’t have Tumblry enough friends? – so instead I’ve decided to crowd-source the decision.

So here I go. It pains me to give the appearance of Mashable-esque comment bait, but I’m genuinely interested: what do you think? Is Tumblr a more feature-rich platform for serious blogging, or is it floss-filled lightweight bullshit for people with short attention spans? I’d be particularly interested to hear from serious bloggers who have made the switch from WordPress to Tumblr.

Let me know in the comments.