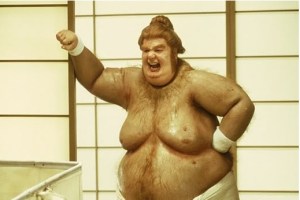 It’s starting. The inevitable “wait-a-minute-this-start-up-isn’t-the-second-coming-of-Christ-after-all” backlash has officially hit Groupon. First there was the dodgy fake deals in Brazil, then there was a business owner saying offering a Groupon deal was the worst business decision she ever made, then there was the sketchy photography offer. These are all serious issues, but clearly don’t reflect the general performance of the site or views of the majority of its merchants. Still you could almost hear the schadenfreude popping throughout the blog and Twittersphere.

Generally I think the hype cycle is one of the lamest things about the tech/social media blogosphere—no one is as great or as horrible as we all make them out to be. But this turn of the cycle might be helping Groupon. Simply put, the company could use a discount on some humble pie.

It’s a law of startup nature that the easier a business is to create and rip-off the less defensible it is. To wit, there are upwards of fifty Groupon clones in most large countries—several hundred in China— and they’re almost all making money and flooded with small businesses wanting to offer deals through them. There seems a limited network effect because the deals are one-off, many of the clones don’t require exclusivity, and Groupon hasn’t had much of a first-mover-lead on the copy-cats. The company has said that customers look at Groupon deals like an ad purchase—so the company is more like Google than eBay, just a part of a small businesses’ marketing strategy not their entire virtual storefront.

And yet, despite all this, Groupon seems wholly unconcerned about any threats to its business. In our August 20 interview with Rob Solomon he seemed to be a bit ahead of himself, saying it was a trillion dollar market opportunity that had completely disrupted offline advertising and indeed possibly “the biggest category the Internet had ever seen.” I asked several times about threats to the company’s momentum, and he said no one else had innovated on the category, the company had perfected the model and that the ability to do these deals at scale was a major advantage. He was clear that Groupon doesn’t see any threats on the horizon other than keeping up with its inevitable growth.

Really? I can think of a few threats:

1. Yelp: It’s not the sexy new kid on the Web 2.0 block but Yelp as a massive install base, has stronger network effect in many cities already, has already copied your business model and seems to be selling at scale just fine. They may well stumble as they add more cities and more deals, but if this is really a trillion dollar opportunity, I’d argue Groupon hasn’t been tested on the scale issue yet either.

2. The Digg-Button Problem: Sometimes the most transformational consumer Internet businesses wind up just being features. Think of how radically Digg changed the distribution of news with its Digg buttons that are now a staple of the Internet and larger companies like Facebook and Twitter. Groupon too may become less of a distinct business, and more of a way of offering discounts that loads of businesses adopt, it could even become a classified revenue replacement for whatever daily newspapers are still in businesses. Is it really a company or just a brilliant new way of marketing? I’m not sure we know yet.

3. An utter lack of focus: I give Groupon huge points for sheer ballsiness. I have never seen a US-based startup explicitly go after a global opportunity so quickly. The company has become nowhere close to locking up the US market or even picking all the low hanging fruit, and best case when something grows that fast they’re going to start stumbling here or there and as we saw this week, competitors and the press will be ready to pounce on them when they do. It’s like a fat man at an all-you-can-eat buffet—even if the food is there for the taking he can’t eat it all at the same time.

I say this out of love, Groupon. Because I have been waiting for a smart company to disrupt ecommerce for a long time and God knows we all need more ways to sell ad-like-products-that-actually-work on the Internet. (cc:Yahoo) But Groupon’s demeanor reminds me of two moments I’ve seen before in the Valley. The first is when Tom Siebel declared his customer relationship management software was so predictive he could “see around corners”…and then he turned a corner and his business fell off a cliff and never recovered. The other was when a WebVan executive—infuriated by a story I wrote that the business wasn’t defensible enough—screamed at me “We have built for scale! You should see our warehouses! It’s like the Jetsons in here!” And a month later, WebVan was delisted from the Nasdaq, and soon after the WebVan ads were being scraped off of every cup holder at, then, Pacific Bell Park.

Simply put, startups should be more paranoid. Groupon needs to be humbled by something small, so later on it’ll be able to anticipate something big.