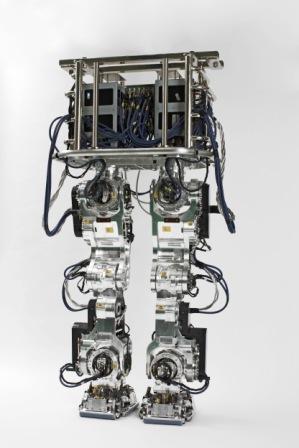 I’m telling you, Terminators are just around the corner. Just look at what a team of researchers at Chiba Institute of Technology (CIT) has developed: a very cool robotic vehicle that stands on two legs. Dubbed core [JP], it’s an impressive 1,915mm tall and weighs 230kg.

As you can see in the videos embedded below, core is able to carry payloads of up to 100kg while bending its knees and walking around. The CIT says its robot is the only one that can handle that kind of weight. core has a total of twelve joints (six in each leg).

The goal is to use core as for a mobility robot that’s supposed to be finished in the form of a practical version by 2012.

This video shows him handling a 100kg payload: