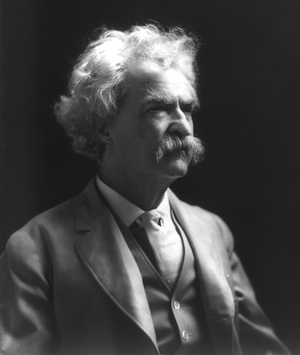 All day, the Internet has been erupting with news that the age of notebook and netbooks is over, and the age of tablets — specifically, the iPad, of course — has begun. One of the main catalysts of this eruption was Best Buy CEO Brian Dunn who supposedly told the Wall Street Journal that the iPad is cannibalizing laptop sales, especially netbook sales. Or did he?

Here’s the blurb from the WSJ story this morning:

Mr. Dunn also said internal estimates showed that the iPad had cannibalized sales from laptop PCs, especially netbooks, by as much as 50%.

Now, that’s obviously not a direct quote, but it is a very clear statement directly attributed to him. And it’s a huge statement as Best Buy is the nation’s leading consumer electronics giant. It’s basically saying that not only is the iPad winning, it is ushering in a new era of computing. In other words, Microsoft and all the PC incumbents are screwed.

This afternoon, amid the uproar of this statement, Best Buy issued a press release backtracking from the claim. Give Dunn credit, he attempts to use humor to cool down the situation (borrowing a phrase from Mark Twain). “The reports of the demise of these devices are grossly exaggerated,” Dunn says in the release. So is he saying the Journal misquoted him? No — instead he’s doing the classic old non-denial denial:

While they were fueled in part by a comment in the Wall Street Journal that was attributed to me, they are not an accurate depiction of what we’re currently seeing.

Notice that he’s not saying he didn’t say that, he’s just trying to make you infer that he might not have said that. In other words, he probably did say that. Perhaps he was just wrong, or maybe he was feeling some pressure from important PC partners to backtrack from the statement — who knows.

Regardless of the reason for the backtrack, iPads aren’t notebook-killers in his mind anymore. Now, that’s just a “rumor“. Instead, tablets are an “incremental opportunity.” That’s quite a flip-flop.

Microsoft’s official Twitter account immediately retweeted the statement and even tipped Techmeme — though someone else actually beat them to tipping Techmeme. Another Microsoft employee. Just sayin’.

Meanwhile, no word yet from NPD and Morgan Stanley Research if they’re also going to be backtracking from their numbers that notebook sales are going the wrong way. 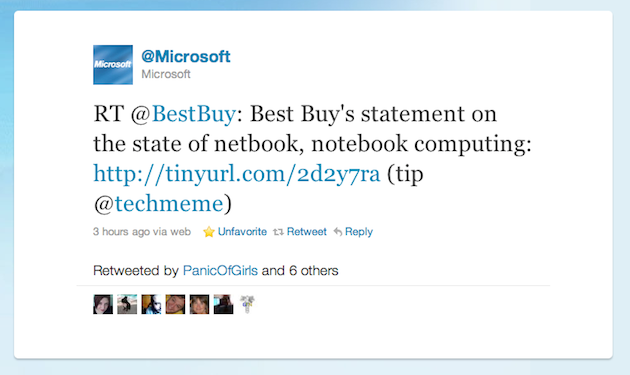