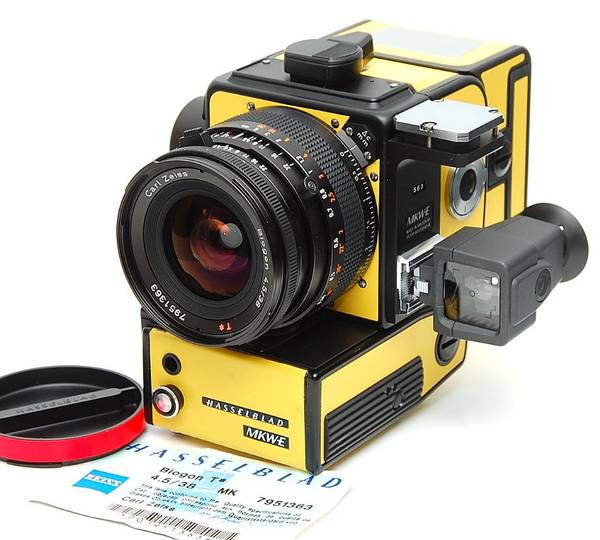 Want to stage your own moon landing? Pick up one of these nice Hasslblad cameras for $35K or so and take some pictures of a flag waving on a windless moon while your partner and a boom mic is reflected in your dome-like helmet.

In 1962, NASA began to use Hasselblad cameras on space flights, and to request design modifications. The first motor-driven camera, the 500EL, appeared in 1965[3] as a result of NASA requests. While Hasselblad had enjoyed a slowly but steadily growing reputation among professional photographers through the 1950s, the publicity created by NASA’s use of Hasselblad products dramatically increased name recognition for the brand.

Basically this is one of the most famous cameras in the world. It went into space, came back, and took great pictures. While it’s not much in the looks department, it’s a sexy beast.