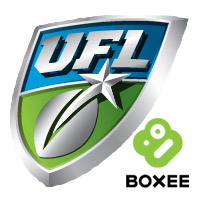 Boxee, the social network-y media center for Windows, Mac, and Linux, has a fancy new App that may interest you, particularly if you’re a sports fan. It allows you to watch live games of the United Football League right from within the Boxee software.

The league, which began last year, is made up of five teams, and is aimed at people who either A) just want more football in their life or B) want an alternative to the overproduced, extravagant NFL. Real, “bone-crushing football,” if you will.

Raise your hand if this at all sounds like Vince McMahon’s XFL to you. That was quite literally the first thought that popped into my head. “Oh, boy, all I need to see is the word ‘extreme’ in there and we’re all set.”

The games air (in HD, mind you) via the App at the same time they air on Versus or HDNet.

The first such game that will be streamed via the App will take place tomorrow evening at 11pm.

Neat if you’re a pigskin fan.