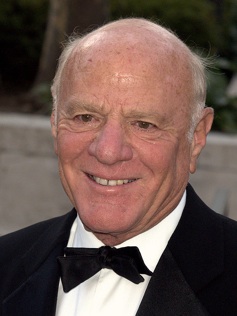 One of my favorite Barry Diller stories comes from Clicker CEO Jim Lanzone, who used to work for Diller when he was the CEO of Ask. Diller was driving Lanzone in a white luxury convertible to a conference in New York City where he was speaking. He parked the convertible in the middle of Times Square, got out of the car, put on his sunglasses, and looked at Lanzone to see what was holding him up. When they came back to the car, there were three parking tickets waiting for them.

Barry Diller is the consummate player, as evidenced by the fact that he parks wherever the hell he wants to—even in the middle of Times Square. We’ll have a spot reserved for him when he comes to Disrupt in San Francisco. Diller, of course, helped build the modern media industry (first at ABC, then Paramount and Fox). He was also one of the first media titans to recognize the disruption represented by the Internet, and shifted gears with IAC, which operates a large portfolio of Web businesses including Ask, CityGrid Media, Match.com, Evite, Vimeo, College Humor, and the Daily Beast. I guess you can say he’s seen it all.

The media industry is still trying to come to grips with the changes in audience behavior the Internet is bringing. And meanwhile, entertainment is no longer limited to highly-produced TV shows and movies (although, I do miss the days of Laverne & Shirley, Taxi, and Raiders of the Lost Ark—all produced under Diller’s watch. He also greenlighted The Simpsons). Even commerce can be entertaining and social. Diller has his fingers in many of these new media pies—form College Humor to the Daily Beast. And meanwhile, Citysearch (now CityGrid Media) is transforming itself into an ambitious local advertising platform.