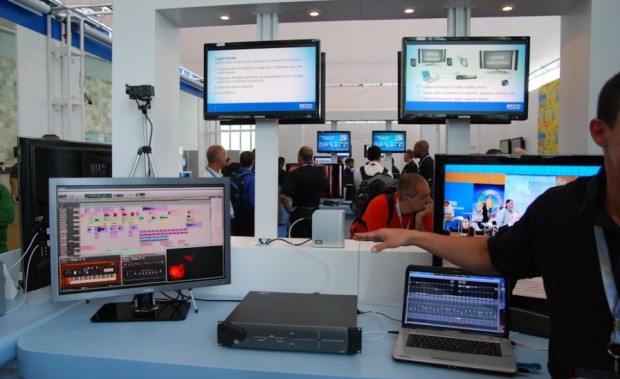 Intel is showing off its Light Peak interface at IDF (naturally) and there are a few new morsels of info about this promising next-generation connectivity technology. One thing to note is that they’ve delayed the real roll-out until some time in 2011; their original target was late 2010, but you know how it is.

Intel demonstrated daisy chaining (LP can go 7 deep) and HDMI compatibility for Anandtech. The Light Peak cable goes into a small converter box (it requires no power and could easily be built into a TV or laptop) and HDMI comes out the other end. It supports extremely high bitrates, like uncompressed 1080p and higher, and that’s just with the initial configurations. They’re talking about increasing throughput by 10x over the next few years. 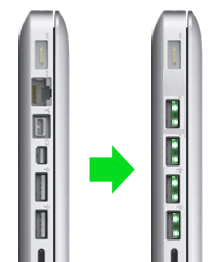 The plug they’re using right now is actually almost exactly like the USB one, for ease of testing I suppose, but they’re planning a new one that will minimize upside-down plug-ins and such. The fun part is that LP is so fast and bidirectional (as well as being protocol-agnostic) that it can essentially take the place of every interface out there right now and perform better.

It could lead to a massively simplified cabling system… but USB 3.0, Ethernet, and other established interfaces will still be around for years. The future’s looking bright, though.