Back in August Google acquired Instantiations, the developer of a suite of popular development tools focused on Google’s Google Web Toolkit, a Java development environment that makes it easier to build AJAXy applications. The most well-known of these tools is GWT Designer — a powerful plugin for Eclipse that allows developers to visualize their programs. Before the acquisition GWT Designer and Instantiation’s other programs used to cost hundreds of dollars. Today, Google is releasing them for free.

It’s not a surprising move, but it will sure make GWT developers happy: they’ll save hundreds of dollars, and the apps will now be prominently featured on GWT’s home page so developers who may not have been aware of them before will see them.

Here’s an outline of what each product does, from Google’s GWT blog: 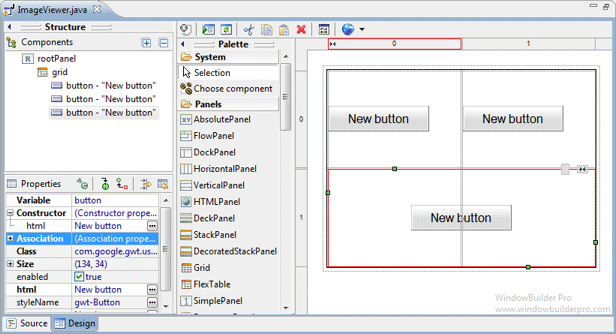