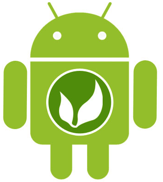 Earlier this year, OpenFeint, the comprehensive social gaming platform from Aurora Feint, announced that it would be adding Android game developers to its rapidly growing community. Today, OpeinFeint is releasing its platform for Android Apps and will be launching 20 games for Android in the next month.

OpenFeint’s mobile social platform and application for smartphones includes a set of online game services such as leaderboards and achievements running in a cloud-based Web environment. The company’s offering for the Android developer community includes a standard SDK, a game discovery store and mobile payment options. Aurora Feint has also incorporated Google Checkout into the developer SDK.

Since being introduced over 18 months ago, OpenFeint’s platform now reaches 37 million mobile players and is being used by 3,000 games. And with a cross platform gaming network, called Playtime, over iPhone devices and Android phones, gamers can play with friends who who use different smartphone operating systems.

OpenFeint faces competition from Apple’s Game Center solution for developers, which also provides a real-time gaming platform. And it should be interesting to see what features Google will offer to developers for its upcoming gaming platform.