We’ve learned that super stealth advertising related startup AK Networks has closed an $8 million round of Series A funding. A SEC Form D filing reveals that the round was co-lead by True Ventures’ Jon Callaghan and DCM’s Dixon Doll and that the company, founded in March, is based out of New York (with the distinction of a Park Avenue address, even). About.com founder Scott Kurnit, listed on the filing as executive and director, is CEO.

We’ve confirmed that the plethora of other investors in this round included Spark Capital, betaworks, First Round Capital, the New York Times, Lerrer Ventures, David Cowan, Stan Shuman, and Kurnit himself. The New York Times investment is particularly notable as Kurnit’s previous venture, About.com comprises a large proportion of its online revenues.

Oh and guess what? They’re hiring!

Update: The company is called AdKeeper, and it is essentially a way for people to bookmark banner ads. 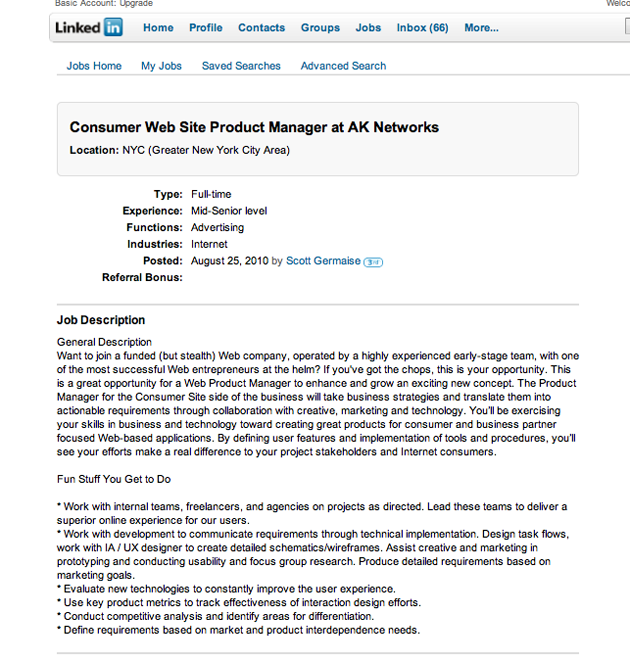