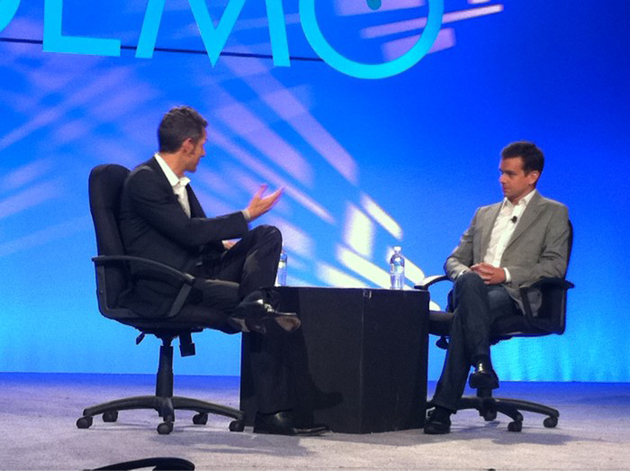 Here at the DEMO conference in Santa Clara, VentureBeat’s Matt Marshall asked Twitter founder Jack Dorsey about his regrets, “What can the 67 companies here learn [from your experiences with Twitter]?” Marshall asked.

Dorsey, who is still Chairman of Twitter, put context around his answers, “Twitter has some interesting scaling issues, massive spike around an event” and then went on to bring up the following more relatable points.

“The hardest thing for an entrepreneur to do is get started,” Dorsey continued, “Twitter was an idea that had been evolving since I was 15 years old.”

About Twitter’s forthcoming announcement, “It’s a great turning point in a company when you can have a press event in your company, so I’m going to allow them that glory.”

About his future plans after Square, which is now giving away 10,000 of the black Square credit card readers a day, Dorsey said, “Healthcare, There’s nothing more precious to us than our health.”