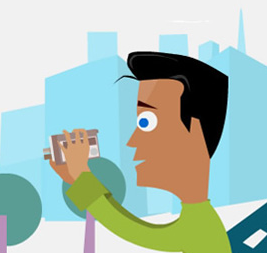 Quicksee makes 3D video tour software that can be pinned on a Google Map. It results in an effect similar to what you can see in Street View on Google Maps, allowing the viewer to pan around and see a panoramic image of a location. Except that the panoramic images do not require expensive 3D cameras mounted on top of a Googel vehicle. Anybody can create one with a regular video camera and Quicksee software.

Google has not confirmed the acquisition or what it plans on doing with the team and technology, so this is just speculation. But the technology could allow Google Maps to accept geo-tagged, 3D panoramas uploaded by consumers. If you think Street View, which is shot by Google employees, creates new issues of privacy on the Internet, wait until consumers start uploading their own street views or who knows what else. Although 3D views inside buildings could be a nifty new feature for Google Places allows businesses to self-upload.