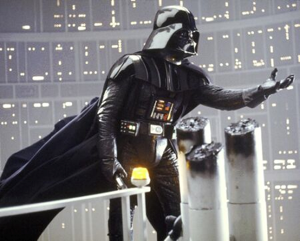 Years ago, I came to the conclusion that bundled software — those applications that piggyback alongside the applications you’re actually trying to install — are the spawn of the devil. They often trick users into installing software they don’t want (they’re the reason millions of people installed WeatherBug years ago when they really didn’t mean to). So when I first heard about OpenCandy, a startup that actually facilitates the distribution of bundled software, my initial reaction was, “Yech“.

“No, we’re the good guys!” they said, explaining that they were only distributing high quality software, and that users would always have to opt-into downloading a piggybacking app, which meant that there wasn’t a chance that they’d accidentally install something. And I warmed up to them, watching as they worked with a number of respectable companies and eventually closed a $5 million funding round from Google Ventures. Alas, it seems that they’re trading in their halo for a bigger market.

For those that aren’t familiar with it, OpenCandy is a service that lets application developers generate more money from their apps. Developers add a small piece of code provided by OpenCandy to their install process. Then, when a user installs the developer’s software, they’re prompted to install a second, promoted application that’s served up by OpenCandy’s recommendation algorithm. Before now a user would only install this promoted software if they explicitly clicked a box indicating that they wanted to — there was almost no chance of it happening accidentally, which is what shadier app bundles rely on. 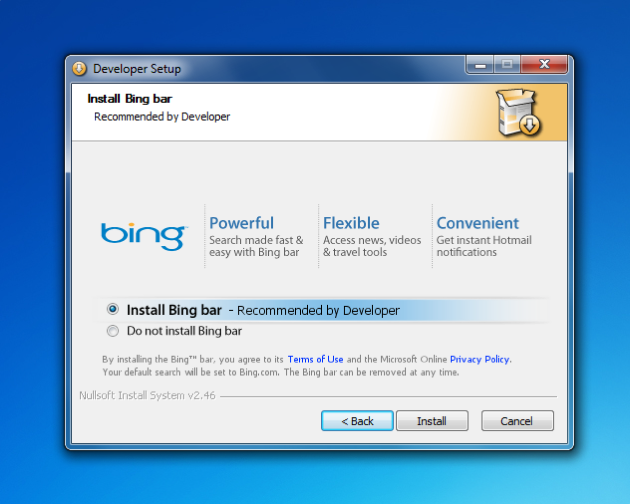 This week OpenCandy is announcing that it’s going to offer developers the option to make these bundled app installs opt-out. In other words, if the developer chooses to make an opt-out offer in their installer, it will be up to the user to manually uncheck a box if they don’t want to install whatever software OpenCandy is hawking, which is exactly what OpenCandy said it wasn’t doing. Ugh.

I spoke with OpenCandy CEO Darrius Thompson, who says that the company had the same reaction when it first considered the idea. Asked if OpenCandy is doing this to make more money, Thompson claims that the answer is “no” — he says that OpenCandy is making the change because the data supports it as a fair thing to do. Here’s a portion of the explanation he’s posted on the company blog:

We are a metrics driven company and data strongly influences our decisions. When we started OpenCandy, we assumed that users who opted-in to software offers were more likely to use that product than users who did not opt-out. It’s an assertion we’ve been trying to validate since day one. We’ve studied this carefully and, with the help of our partners, we’ve found that users who opt-in are only slightly more likely to use the software than those who do not opt-out. It’s a little confusing but essentially means that even though more users get software through opt-out than opt-in, they still end up using it at about the same rate. This is not what we expected, but it is what the data has shown, and has various implications for our business.

Numerous developers have asked us to support opt-out so they could earn more money and advertisers have asked the same so that they could reach more users. By allowing our partners to choose opt-in or opt-out, we can help them do this in the best way possible. Keep in mind that opt-out offers are enabled only when both the advertiser and the developer involved with a given offer chose to do so. We have always held ourselves and our partners to a high standard when it comes to transparency and protecting users. Our Network Policy (link) is one of the ways we enforce this. http://www.opencandy.com/software-network-policies/

Despite what Thompson says, this will obviously have a positive impact on OpenCandy’s bottom line, and it’s hard to believe that the company based its decision independent of that fact. This will expand OpenCandy’s potential market to a new set of developers, and it will generate more revenue as more users install bundled software.

That said, OpenCandy isn’t really evil (at least, it’s no worse than its competition). The stats OpenCandy has reported are certainly counterintuitive and seem to indicate that these opt-out installers may not be that bad. Users can cancel the OpenCandy download manager if they accidentally agree to install an application (provided they click ‘Cancel’ before the app is finished downloading). More noble developers out there can still elect to make their installs opt-in (advertisers can also choose to only allow their apps to be opt-in). And plenty of big companies offer their software in a similar opt-out fashion.

Finally, in the hopes of retaining its “good guy” status, the company says that it’s keeping the Opt-in/Opt-out dialog clear (see the screenshot above), and it’s exploring ways to make sure users don’t accidentally opt into software they don’t want (for example, they are considering defaulting to ‘opt-in’ if the user is obviously just rapidly clicking through the installer).