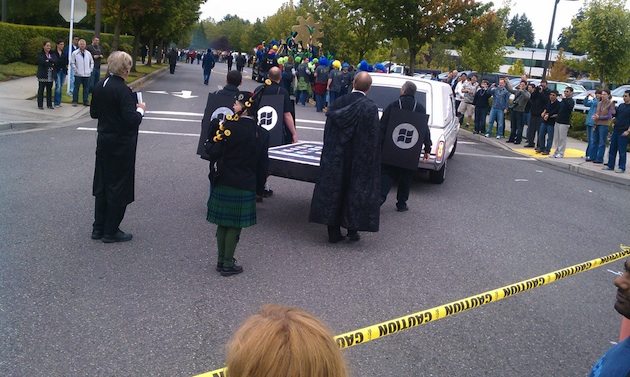 Microsoft is a company that doesn’t seem to be too concerned with saying outlandish things that may or may not result in the company having to remove a foot from its own mouth. This happens from the top on down. But this is ballsy even for them.

Today, to celebrate the release of Windows Phone 7 to manufacturing, Microsoft employees had a parade at their headquarters in Redmond, WA. That’s nice, a parade to celebrate a lot of hard work, right? Well, it wasn’t just about that. Also featured in the parade were hearses and coffins for both the iPhone and BlackBerry phones. Yes, Microsoft has anointed itself as the next “iPhone killer” — they didn’t even need to wait for the press to do it.

These next few months are going to be fun to watch.

The faux-funeral today follows the comments by Microsoft COO Kevin Turner in July, “It looks like the iPhone 4 might be their Vista, and I’m okay with that.“ Yeah, how is that working out so far?

The real highlight of the parade though may have been when everyone broke into a rendition of Michael Jackson’s “Thriller” music video. That dance itself was great (check out the video below), but better may be what certainly sounds like CEO Steve Ballmer in the background going wild — as he’s known to do from time to time.

Also interesting is that Android was nowhere to be seen in this whole ordeal. Well, unless you count Microsoft employee “Carl J,” who captured the whole event and put the pictures on his Flickr page.  His camera? An EVO 4G running Android.

Also, what’s up with this picture? Win Phone sex? The killer app? 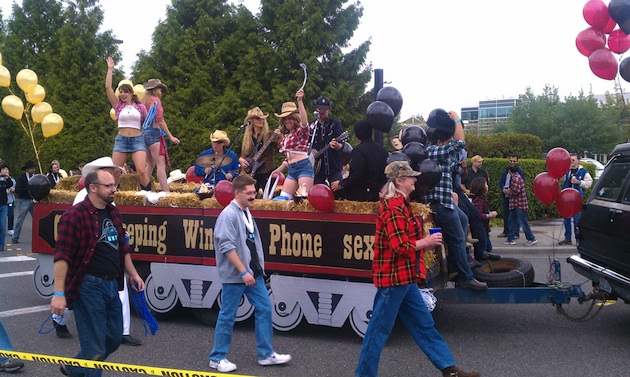 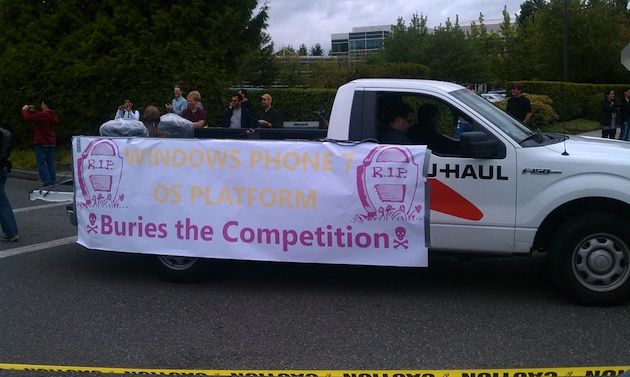 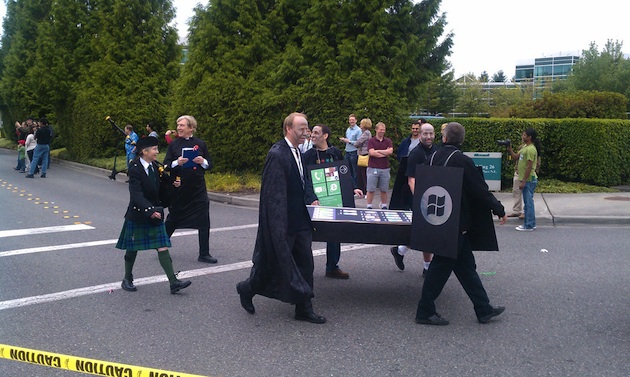 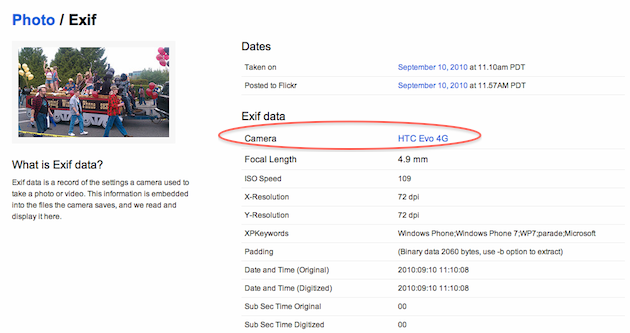