inDinero founders Andy Su and Jessica Mah initially set out to raise $500K but reportedly received so much interest that the round could have topped out at $2 million. Su and Mah had to eventually turn people away. A illustrated list of those that made the cut below.

Side note: Reinforcing inDinero’s“inDinero Is The Next Intuit” elevator pitch, investor David Wu, who was formerly VP of the Small Business Group at Intuit, wrote inDinero a check the very day he quit. 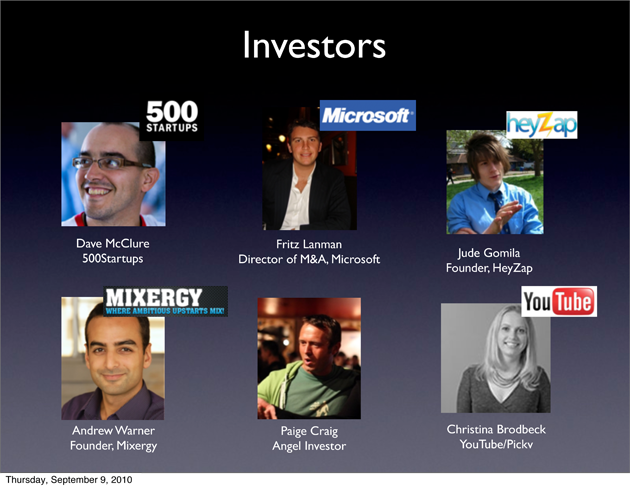 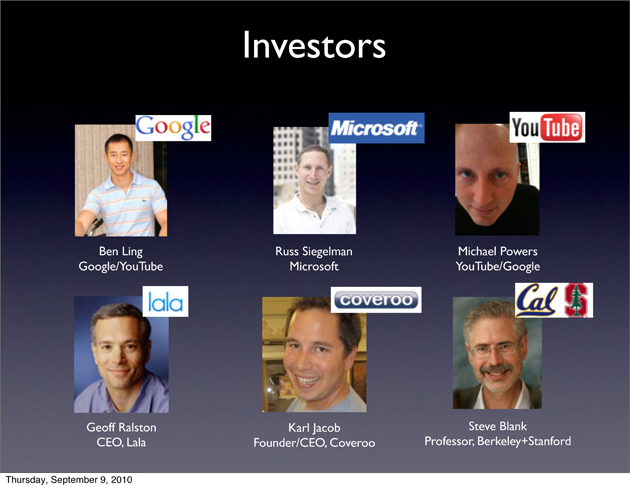 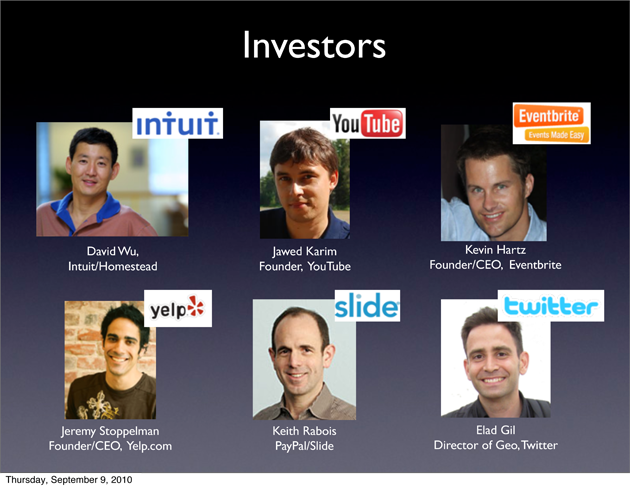 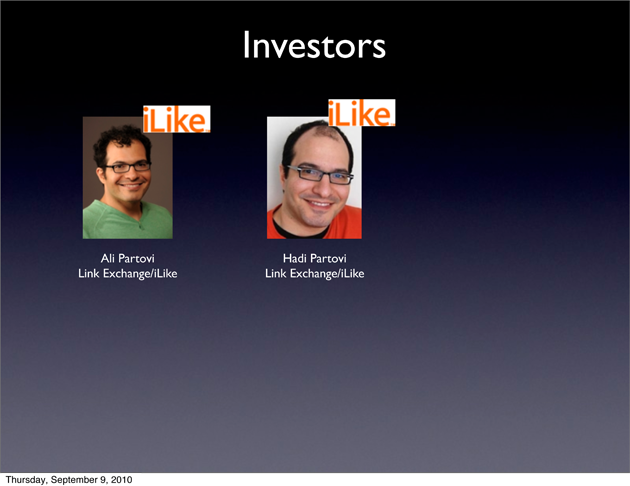