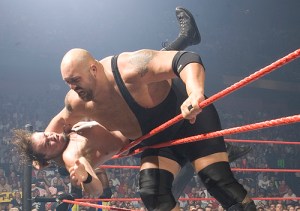 Ding, ding! It’s round four of our Super Angel v. VC SMACKDOWN. Both of our pugilist Davids live and work in Silicon Valley. Given that today’s topic is about whether or not the heft of East Coast Super Angels like Josh Kopelman, Chris Dixon and Fred Wilson is pulling the center of early stage funding gravity away from famed Sand Hill Road, you’d think it’d be nothing but agreement. “Oh, no, Silicon Valley is still the center of the universe.”

But you’d be wrong. In the first moments of this clip, the Davids can’t even agree over whether “management fees are great” and whether establishment VCs are “fat and happy” or “fat and sad” given the disastrous IPO market.

David Hornik of August Capital makes the distinction between hot companies found in other locales like Groupon and who funded them. In a lot of cases, it wasn’t local VCs, it was VCs flying in from the Valley. Put another way: Great companies can start anywhere, but not everyone takes enough risk to fund them.

Ultimately this segment ends in agreement that Silicon Valley will maintain its “market share” of venture capital influence, but that a big shakeout on the firm and partner level is unavoidable. (One note: I don’t buy that market share in question is just 30% globally and less in the US, as McClure says. Both NVCA and Dow Jones numbers for show that Valley companies get between one-quarter and one-third of venture capital dollars invested in the United States, and a huge percentage of Sand Hill Road money flows outside of the Valley. So the percentage of money coming from here would have to be substantially higher. Historically it was 75%–those numbers could well be dated, but it doesn’t logically make sense that it’s less than 30%.)