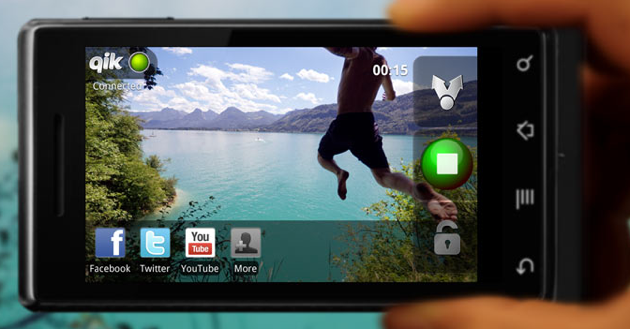 We’ve been tracking the progress of Qik, a service that lets you broadcast movies from your mobile phone directly to the web, for years now. But until now we haven’t been able to get an especially accurate grasp of just how well the service has been doing. Today, that’s changing: Qik is releasing some user stats, for what cofounder Bhaskar Roy says is the first time.

Roy says that Qik curently has 3.5 million users, and is adding nearly 500,000 users each month. The application’s userbase has grown sixfold in the last year, and Roy expects that growth to continue. Much of it will stem from the fact that Qik is included as a default application on millions of devices, including the HTC EVO 4G and Nokia N97. Roy says based on current and upcoming partnerships, Qik will be preloaded on a whopping 75 million devices in the next year.

Qik is not the only player in this space. While live streaming companies Justin.tv and Ustream didn’t begin as mobile streaming services, they’ve launched applications for iPhone and Android that enable this functionality.