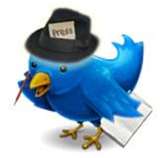 I’ve spent two days listening to and reading near-constant coverage of the wacko who’s planning to burn Korans in Gainsville, Florida, and increasingly the stories have been about whether or not all the press attention has been irresponsible. Whether constantly covering the outrage has made it a global one, versus something that only his fifty parishioners would have known about. If the events put American soldiers in danger—that’s a pretty real issue.

The media has long wrestled with how much it should give the public what it wants versus what it thinks the public needs, and it became more pronounced as the readership of stories became immediately measurable and comparable. Mad about Lindsey Lohan’s jail time being covered by serious news outlets? Groaning at another TechCrunch post about the iPhone? Well, then stop reading, watching, and commenting on them. Like a kid throwing a tantrum, the easiest way to get media you don’t like or think is irresponsible to go away is to stop paying attention. If a blog posts in a forest and no one is there to comment does it really exist? Not according to most bloggers.

But in the last year or so social media has made it more than an issue of we-write, you-read, so-we-write-more-until-you-stop-reading. Social media has given the world a persistent, open conversation. It’s no longer up to media to legitimize and publicize a story. On stories like this one, media has to choose to respond or not to a story that’s already been legitimized and publicized. This was a conversation before NPR, BBC or any other major news outlet weighed in. Once it has become enough of a conversation that world leaders were having to comment—how does the media not cover that?

There’s a lot of gray area and subjectivity surrounding the responsibility in being a reporter. Is it our job to tell the truth as we see it and damn the consequences or is it to be like Marty McFly in Back to the Future—observe but make sure you don’t do anything to affect the course of history! Social media hasn’t changed those questions—it’s broadened them from ivory tower press to anyone with a Twitter feed or a blog. The impact of social media to bring about world peace has been over-stated, but the destructive impact hasn’t. Distribution has been splintered into a million little pieces and so to as the responsibility for how you wield your own sliver of power.