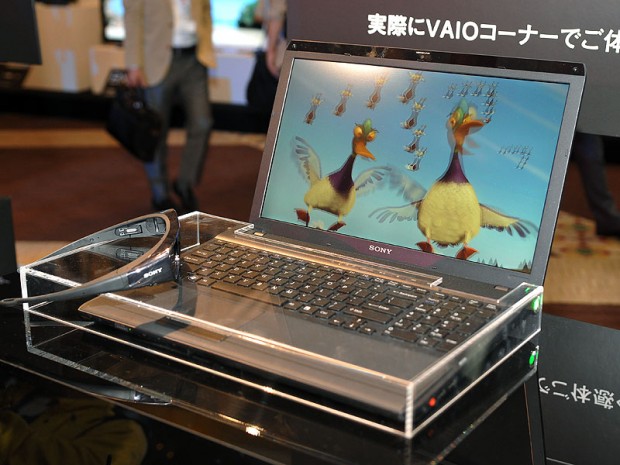 Among all major electronics manufacturers, Sony is betting especially high on 3D. And the two main areas for the future 3D-fication of the company are TVs and computers, it seems. Big S yesterday announced in Tokyo that by the end of 2011, almost all of their TVs sized 40 inches and larger will be 3D-enabled.

At the moment, just 50% of the eight newer Sony models in question (in Japan) feature 3D. But Sony says only a few of their TVs (those with a low price tag) won’t get 3D in the future. In Japan, the company expects 1 million 3D TVs to be sold until 2011, and it wants to capture 50% of that market.

What’s interesting is that even though Sony already churned out a ton of 3D-enabled products, the company has been relatively quiet on the 3D computer front so far. NEC, Fujitsu and Toshiba, on the other hand, already have those devices in their line-up.

But you can now expect a new Vaio notebook with 3D capability, LED backlighting and a full HD display to launch next spring (in Japan first). Sony didn’t reveal more details but showed a prototype Vaio (pictured above) with said features, a 16-inch display and a 3D Blu-ray drive.