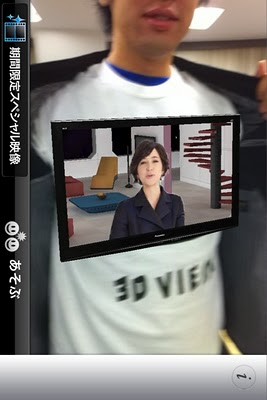 For quite a few people, Augmented Reality (AR) is just a fad that will be over rather sooner than later. Things are a little different in Japan where Panasonic is currently in the news for a unique promotion campaign that’s based on that technology (for 3D VIERA TVs).

The campaign started with an offline component: people were first given free shirts with an AR marker printed on the front. Then, Panasonic submitted a tailor-made Augmented Reality app for the iPhone to the App Store (free) that can be used to bring a 3D VIERA TV “to life” on the iPhone display. 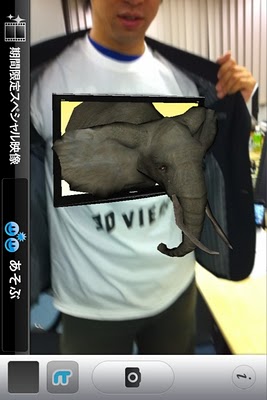 As you can see on the screenshots, the images on the TV kind of pop up on the shirts. Sounds pointless, but it’s a good idea to get geeks excited in my opinion (better than giving out stickers or leaflets, at least).