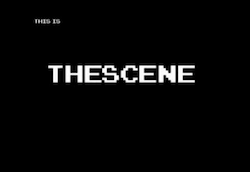 More on that vast, European anti-piracy raid that went down yesterday. The big news: it’s very possible that the main UK topside was taken down in the raid, which, if true, would actually be a pretty big deal—certainly a big blow to “the scene,” as it were.

TorrentFreak has the details, but the long and short of it is that police were very much trying to take down the scene, the “place” (more like organization) where much of the Internet’s pirated goods come from. You know how you download a piece of software, and it’s released by a group? Let’s say I leaked Some Game, I would tag it Some.Game.2010.ISO.CGRuLZ—that would be our group name.

The point is, the raids yesterday attempted to go as high up the piracy ladder as I can remember.

A scene member tells TorrentFreak that the raid was “highly coordinated,” with police more or less walking into server rooms, unplugging specific machines, then leaving.

Again, the raid seems to have only targeted topsides, with a Belgian release group having been infiltrated perhaps as long as two years ago.

The fact that this raid has been in the works for some two years now does lead credence to the police claim that Wikileaks wasn’t the actual target.

What does this mean for the general public out there? For one, it does look like pirated software may be harder to come by, especially in the near future. The distribution channels may have been interrupted, and now you can’t be sure if they’re not infiltrated. Release groups may be weary of releasing, or may temporarily (?) stop releasing altogether.

It’s actually pretty darn interesting, and kudos to the TorrentFreak folks for getting as close to the story as possible.

Anyone else remember Teh Scene? Was sorta funny.