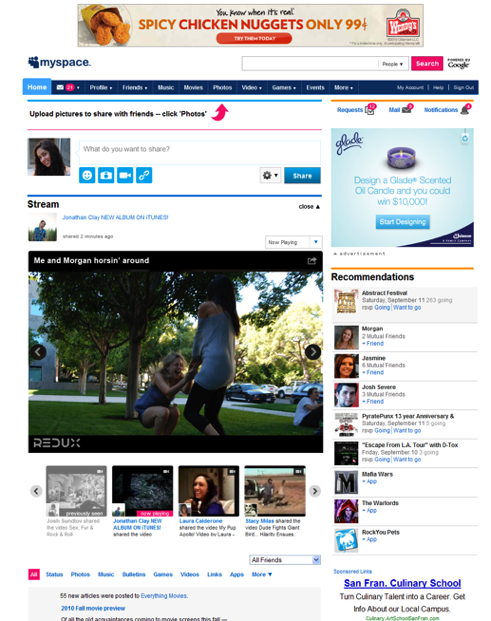 MySpace is adding a new feature today that allows users to embed video streams within their activity streams. Powered by Redux, videos are seen directly within an activity stream and instantly plays video that you or a friend has shared, selected as a favorite, uploaded, and rated from your Stream.

The actual player will show a real-time stream of MySpace videos based on what their friends are sharing and what’s trending on MySpace. The player will also include comments from friends that scroll/change. And users can also see which friend posted the content.

If you want to see a larger view of videos, users can select “TV mode,” which opens into a full-screen view of the player, MySpace has includes a news-style ticker along the bottom that shows users what’s going on in their stream while they’re watching videos.