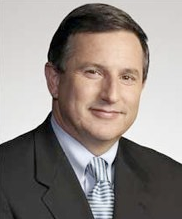 Oracle has confirmed that former Hewlett-Packard CEO Mark Hurd has found a cushy place to land after one of the year’s messiest tech scandals. Hurd will be joining the company as Co-President alongside Oracle CEO and close friend Larry Ellison.

This comes as no surprise if you believed yesterday’s rumors of Hurd’s hire or took note of the fact that Ellison came to his defense during the controversy over allegations of harassment by former HP contractor Jodie Fisher.

According to The New York Times, Ellison chastised HP for firing Hurd last month, calling it “the worst personnel decision since the idiots on the Apple board fired Steve Jobs many years ago.”

Mark Hurd wrapped up five years at HP last August and during his tenure the company’s stock price had more than doubled. Hurd was compensated generously for his accomplishments, pulling a $24.2 million in salary at HP in 2009.

He now has the unique opportunity to use what he learned at HP to maximize Oracle’s acquisition of Sun Microsystems, one of H.P.’s direct competitors.

Says Ellison, “Mark did a brilliant job at H.P., and I expect he’ll do even better at Oracle. There is no executive in the I.T. world with more relevant experience than Mark.”

Hurd will be replacing Oracle Co-President Charles Phillips, who was coincidentally on the receiving end of another sex scandal earlier this year.