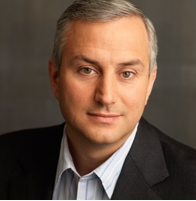 This is a guest post by Mark Suster, a 2x entrepreneur who has gone to the Dark Side of VC. He started his first company in 1999 and was headquartered in London, leaving in 2005 and selling to a publicly traded French services company. He founded his second company in Palo Alto in 2005 and sold this company to Salesforce.com, becoming VP of Product Management. He joined GRP Partners in 2007 as a General Partner focusing on early-stage technology companies. Read more about Suster at Bothsidesofthetable and on Twitter at @msuster.

I’ve had a post in my head for months – maybe longer – about the role of a CEO. My primary role was “chief psychologist” and as I’ve learned over the past few years the same has been true as a VC. Both are basically people businesses.

I finally got around to writing it having read Fred Wilson’s post about what a CEO does. He says it basically comes down to three key functions:

Matt Blumberg, who runs one of Fred’s portfolio companies, Return Path, follows up with an additional three:

And I’d add to the world of “lists of three” the old adage that many VCs quote about boards having only three roles:

These are good starting points and one day I’d like to elaborate more on the topic of running a company and as only I can do I will take these short lists and make them much longer ;-)

But today I’m going to do the opposite. I’d like to boil down the role to just one critical function: chief psychologist.

1. Psychologist as the CEO of Employees – Everybody wants to work somewhere “that is not political” but that place only exists in a mythical utopian island. Even three person organizations are political. Not when you first start but if you’ve been at it for 2 years or more you’ll know what I mean.

Almost by definition to be a great leader you need to be an effective psychologist. If you want to grow you, as Fred’s post points out, need to be able to attract & retain the very best talent. Some entrepreneurs make the mistake of never devolving power. They are control freaks and have to own all of the decisions. This breaks Matt’s rule about not being a bottleneck. This is the failure of many early-stage companies when they try to scale.

And the opposite is also true. Leaders who trust people too easily and get divorced from the details are almost always failures. It’s a paradox: control too much and you constrain growth, control too little and your quality lapses.

Anybody who has worked with me knows that I have these “control freak” tendencies as I think many leaders do. We want quality, we trust our own instincts & judgments and we think that many people don’t live up to our standards. But we know that ultimately being effective is about finding those people that do. It often takes a while of experimentation and watching their results to start to trust them. But when they start to meet and exceed your expectations it’s magic. You’re suddenly free to focus your energies elsewhere.

Once you’ve been around for a few years, attracted some great people, landed real, paying customers and raised venture capital you’ve likely got a talented team around you. Almost definitionally very talented people will butt heads. It’s your job to give people enough space to flourish without conflict, resolve conflicts when they do occur, encourage your team members to perform at their best and set the culture by which they ultimately treat their colleagues and staff.

My first company was founded in Ireland, headquartered in England and had country operations in the UK, France & Germany. Due to the language and culture issues in Europe we opted for a country structure with an MD in each country and local sales, marketing & customers support staff. We obviously had the debate about whether these functions could be centralized but either strategy has its trade-offs.

This is akin in the US to having sales staff in NY, SF & LA with your HQ in one of these locations.

As each country grew it obviously vied for centralized resources: finances (to fund people development & marketing), technology development (they wanted to show their largest customers that they were willing to build in critical features or integrations required to win big deals) and also they wanted my time – out in the field and with their biggest customers.

I found that a lot of my time went into spending time with the country MD’s to show them that they were still important to me and that I was still willing to help with sales campaigns. Equally I had to spend time with the heads of sales & marketing to keep them confident I wasn’t going to undermine their authority in the country operations.

But it wasn’t just about company structures. If one sales guy had a banner year he wanted to know why the other sales guy wasn’t pulling his weight. He wanted more resources allocated to him and he would begin wondering whether he might rise in the organization. If any of you have built larger organizations I’m sure these types of issues will resonate.

Lots of requests for “just 20 minutes of my time.”

To try and overcome many of these issues we held all company meetings twice / year where we paid for EVERY employee (executive assistants, customer support staff, interns) in the company to come to a central location for a day-and-a-half of team building & fun. Keeping things together was a function of re-energizing everybody: reminding them that they were important, reacquainting them with their colleagues and making sure that they felt part of something bigger / more important.

As virtually anybody in our company will tell you I was the last person to leave almost all of these events. Not because I had to prove I was a party animal (although there was that) but mostly because I wanted everybody to have their private 20 minutes to tell me what was going on in their jobs, lives, careers.

I’m sure this mostly played the role of catharsis but I did remember almost every individual story and in my own way would try to make things just a little bit better in some small way over time. It would surprise anybody who has never been a CEO the specificity and sometimes simplicity of the grievances:

But this isn’t restricted to distributed teams, multi-country environments or even large companies. We faced it when we were small.

I had developers who thought that the chief architect was a bottleneck – having to be involved in every decision. Our most talented developer wanted to move to the US for personal reasons. We kept him on a remote role – by far the best decision we could make.

The funny thing about a startup is that if you keep it together for several years life happens along the way. We went through marriages, divorces, babies, deaths of close family members and even deeper issues like alcoholism. Along the way it was my job to play the role of sympathetic counsel, mediator or bad guy depending on the situation.

It is such an under-discussed issue as we spend our time in startups mostly talking about products, marketing and fund raising. And business schools seem to also over emphasize the quantitative skills over the human ones. I guess the latter is harder to teach but I believe a bigger driver of success.

And if you want to really be an effectively leader you need to know when & how to get rid of under-performers or bad seeds. One of the most common “chief psychologist” asks of me as the CEO was to resolve an inter-personal conflict with another employee. You can’t fudge these types of situations – you are often forced over time to pick sides. And I’ll tell anybody who asks (or doesn’t) that I’d rather hire somebody with 90% of the skills and a great attitude than a bad seed with more talent.

2. Chief Psychologist As a VC – I am surprised by the extent to which my role as a VC has continued this “chief psychologist” trajectory. I’ve often said that being a CEO is one of the loneliest jobs that there is because you always feel the need to be self-confident and make sure others don’t sense any self doubt. You’d love to tell your employees that you’re going through tough times / decisions but you don’t want it to affect them.

You want to be able to tell your VCs that you’re nervous your market will be limited but you’re worried that might affect your next funding round (or your job!).

So you internalize much as a CEO, which is why groups like YPO are so important for super successful entrepreneurs.

As a VC you see the insides of companies rather than the companies positive spin on TechCrunch. I spoke to a VC recently who said, “if only my company was going as well as the Wall Street Journal says they are.” That is not uncommon.

I have been involved as an investor in many CEO / founder disputes including many that are not in my portfolio. I’ve had to sit with founders and talk to them about how we need to hire more senior staff as the company is growing and that person is not necessarily able to fill the new role we as a company need. I’ve been involved in helping CEOs who are having disputes with investors and want to figure out how to resolve them.

I had one of these “chief psychologist” moments last week with one of my favorite young entrepreneurs. His firm hasn’t yet performed up to the level at which he expected. I opened up with a very blunt conversation about self confidence, self doubt, family pressure, peer pressure and the demands on a CEO. I *think* he found the conversation relieving and confirming.

I’m no savant for being able to know his issues of the mind – I’ve been there. Lived it. And as a VC, mentor, angel investor and founder of Launchpad LA I live it as a routine of my life. I had the CEO of a prominent site in 2006 come to me near tears about how she couldn’t take the stress of running her company any more. I helped keep her calm and we focused on other possible outcomes (we eventually got the company sold for more than $7 million and she owned half of it).

Another prominent CEO was on the verge of both company & personal bankruptcy when we had lunch. He and his family had guaranteed a personal loan on the company.

I think one of my most important roles a VC is that of chief psychologist. I know it doesn’t sound glamourous but since the development of a company is such a roller coaster ride I believe that the best VCs understand the need to help counsel people – to be their best motivators. Sometimes this is heat. Sometimes this is light. But not paying attention to the human element in company performance is being oblivious.