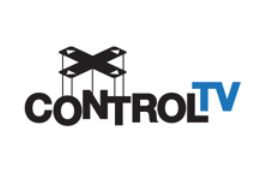 I’ve got to admit, the concept of “branded content” on the Web makes me cringe. It is generally used to refer to Web videos created and packaged specifically for an advertiser. Maybe I am old-fashioned, but I like my videos created for the audience first, not advertisers. And yet, in the budding Web video industry, branded content is bringing in some serious dollars and even some serious talent.

There is a lot more going on here than advertisers bankrolling the production of their own videos because there isn’t enough professionally produced Web video to show their ads against (although that is part of it). The rise of advertiser-produced video entertainment is but a sign of a much larger shift that is happening as people consume more video on the Web. Advertisers love broadcast and cable TV because of its massive reach into every home. They are finding it nearly impossible to replicate that reach on the Web. The only way they can do it is by spreading ads across tens of thousand of sites through video ad networks.

Many of those video ad networks also create their own content for their own sites, but some are also starting to become broader video distribution networks as well. One of the biggest video ad networks that specializes in creating branded content is Digital Broadcasting Group (DBG). Last week, I met with COO Rick Kleczkowski, who told me about a few of the Web video shows DBG is producing, including the upcoming ControlTV, Built Green, and Family Versus Chef. We also got into a spirited discussion about why branded content seems to be taking over the Web, and whether or not that is a good thing. I ask him if guys like him are going to put guys like me out of business (see videos below).

DBG is one of the top 10 video ad networks in the U.S., with a potential reach of 167 million viewers (comScore), but the sweet spot of its business is producing Web TV shows with specific advertisers in mind, and then distributing it through its network of sites where they play in editorial slots rather than as in ad slots off to the side of the page. Some of these shows actually sound kind of interesting.

ControlTV will be directed by Seth Green, the guy behind the Robot Chicken animations on Adult Swim. An actor in his 20s will be the main character and the audience on the Web will be able to control his every move for 18 hours a day. It’s so We Live In Public, you kind of expect someone like Josh Harris to be behind it, not a video ad network. Whether or not it turns out to be compelling entertainment will depend on execution, but I can see the appeal. It will be shown on its own dedicated site, and DBG has already lined up Sprint and Ford to be sponsors (the main character will drive a Ford Fiesta and carry around a Sprint HTC EVO phone).

The other shows are Built Green and Family Versus Chef. Built Green will be a construction project and home renovation show focusing on green materials. It will be sponsored by Kohler, the faucet company. Family Versus Chef will be a cook-off show where a professional chef is paired against a home cook, and the judges have to rate each meal without knowing who prepared what.

I could imagine these last two on TV just as easily as on the Web. But if they were on TV, they would be created by producers at HGTV or the Food Network, not the advertisers themselves. The advertisers would just come along for the ride once the shows found an audience or because it fits thematically with their brand message. The difference is that TV can pretty much guarantee a minimum number of viewers no matter how bad the show.

On the Web, there are no TV networks. The new power brokers in video, other than YouTube and Hulu, are the video ad networks—companies such as Tremor and Break, and DBG. Advertisers like the video ad networks better because they give them more control over where their ads are placed. And if they can have shows created for them on spec, so much the better. They are more than happy to pay premium rates.

But will this produce good TV? (Do not doubt that sooner or later all TV will move online). Part of this is just early days, when advertisers can essentially have shows created for them just like at the dawn of the TV era. Eventually, though, new networks and talent will rise, creating TV with the Web in mind first. TV that looks great on your tablet computer and your flat screen TV.

Audiences can sniff out when branded messages are being pushed down their throats and will gravitate towards the good stuff. Smart advertisers and advertising companies already realize that and will separate the content creation part for the packaging and distribution part, and we will be back to where we are today with TV networks. The church and state between creative and money will be restored. But the TV networks will look completely different. These companies we see as nothing more than video ad networks could very well become the TV networks of tomorrow.

In the first video below, Kleczkowski describes the concepts behind some of DBG’s “branded content” shows. In the second, we talk about the rise of branded content and why it is happening. (Sorry for the audio quality, the video was taken on my iPhone in a loud New York City cafe).