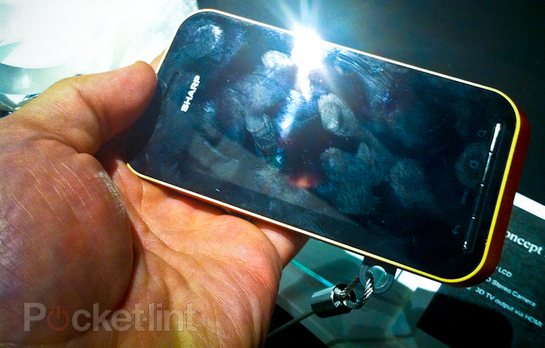 Sharp shared some 3D camera goodness with Pocket-lint, just before they announced it at IFA today. In particular, Sharp revealed that they are working on a prototype for the iPhone 4 and Samsung Galaxy S that will use two cameras built into a mobile device to shoot 3D footage. The concept device uses a lenticular lens to allow viewers to see an image in 3D without the use of glasses, making it ideal for a mobile phone, or other device. Sharp was extremely close lipped about when and where the new camera would start showing up, but the rep did say they were planning on launching something before the end of the year. Sharp is also showing of two other 3D screens today, a 3.8 and a monstrous 10.1 inch.. Neither of which will require 3D glasses to work.