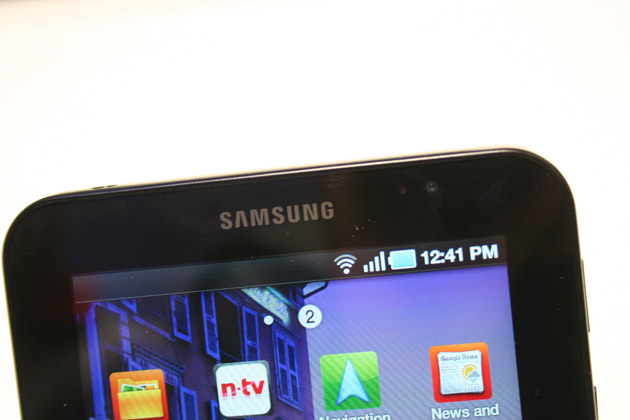 Samsung used its IFA press conference today to introduce the widely anticipated (I suppose) Galaxy Tab, the company’s Android 2.2-based tablet. I have a video rendering as I type this, but I just wanted to get a few photos up as soon as possible.

Samsung says the Galaxy Tab isn’t “just another tablet PC,” but rather a “smart media device.” In my few moments with it today, well, it is a tablet PC, but o pretty good one. My guess is that Samsung doesn’t want to be lumped in with the rest of the tablets out there.

It has a 7-inch screen with a 1024×600 display. A front-facing camera lets you do video calls, and Flash 10.1 and HTML 5 ensures you’ll be able to see all that truly wonderful, rich content out there, no matter what the standard.

The Galaxy Tab also doubles as an e-reader, with Kobo’s e-reader app providing the, um, app.