App store analytics provider Distimo yesterday published its latest report, once again zooming in on the pricing of mobile applications across a variety of platforms.

Consistent with its previous findings, Google’s Android Market has by far the largest share of free applications available compared to other mobile app store, but the gap is also widening.

As you can tell from the graph below, that share is more than double the share of free apps on other mobile app stores, with the exception of Palm’s App Catalog (albeit barely).

The share of free applications is smallest on Windows Marketplace for Mobile (22%), followed by the Apple App Store for iPad (26%) and RIM’s BlackBerry App World (26%). 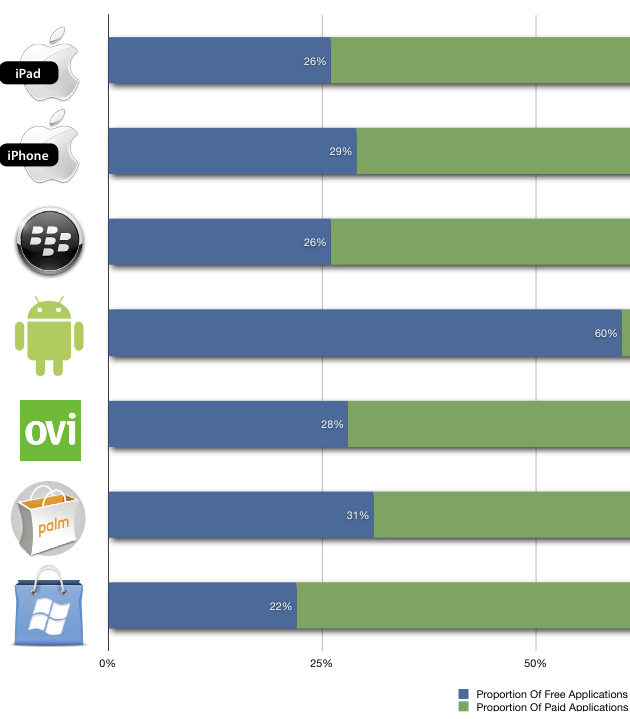 Let’s take a closer look at the prices of paid apps across mobile application stores. 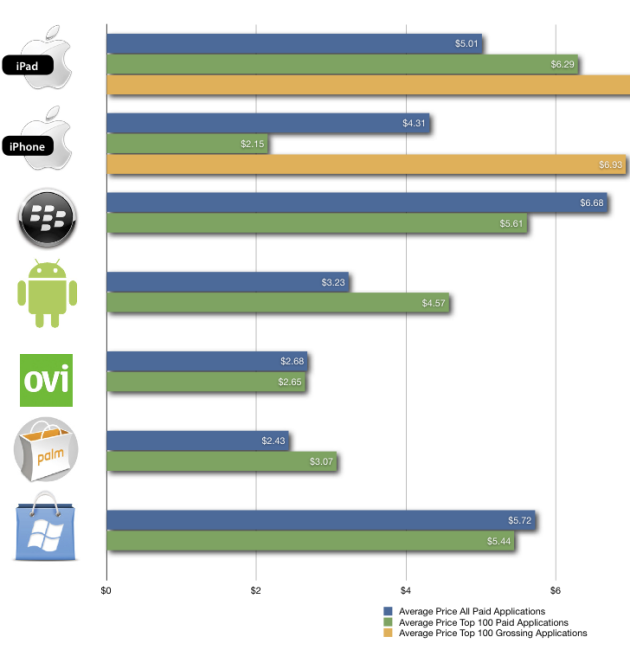