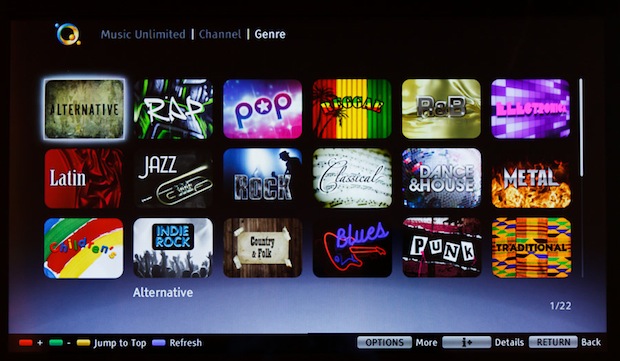 I love how Sony pretty much ignores the rest of the world, and does whatever they want. Take memory cards for example. Rather then use the industry standard compact flash or SD cards, Sony creates a new format in the memory stick. No one but Sony uses it, and they continue to use the memory stick to this day. Sometimes, admittedly, they win (Blu-ray) and sometimes they lose (Betamax), but they are never afraid to ignore what other people have done and do their own thing.

That brings us back to the latest example of Sony’s particular brand of crazy: music streaming. Despite the fact that there are other perfectly good music streaming applications out there, Sony has created one of their own. The new service, called Music Unlimited, is designed to work with many of Sony’s existing products to provide access to millions of stored tracks via the internet. I can’t really see a widespread adoption of Music Unlimited, unless they make it the only option to purchasers of their products. Sony announced this new service last night at the IFA show, just hours before Apple announced their latest and greatest. Brilliant.