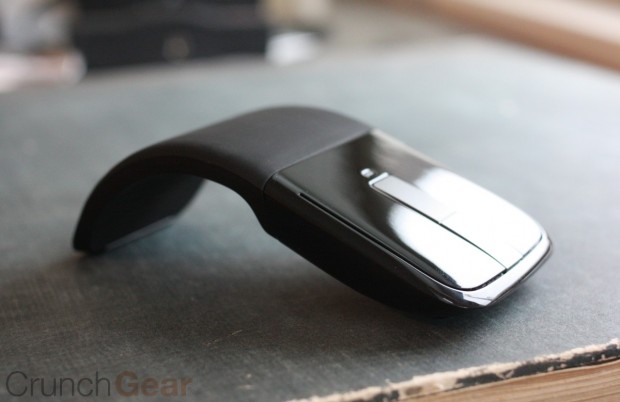 Microsoft was kind enough to ship me the just-announced Arc Touch Mouse and I’ve had a few hours to play with it. I liked the original Arc Mouse; does the new version improve on the design, or is this Microsoft innovation destined for the “curiosities” bin?

Well, first of all, it really is tiny. The original Arc Mouse was no bruiser, but this thing is about as substantial as a daisy. It’s heavier than it looks, but that’s not very heavy. The batteries give it some heft. But if you have big hands, this thing isn’t for you. 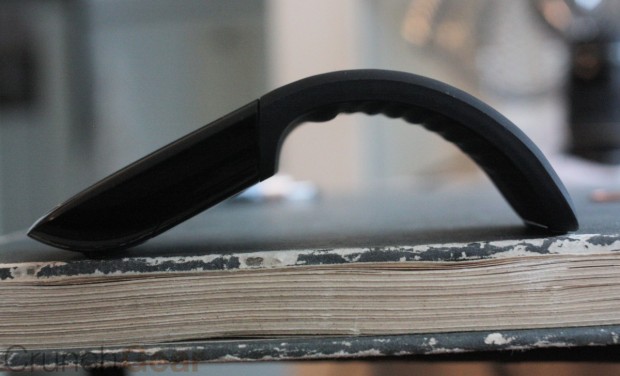 The most salient feature is, of course, the bending. When it’s flat, the mouse is off; curl its tail, though, and it springs to life. Well, its optical sensor comes on, anyway. There is only one way to bend the mouse — no custom shapes for you. Upside-down, it looks like a grub. 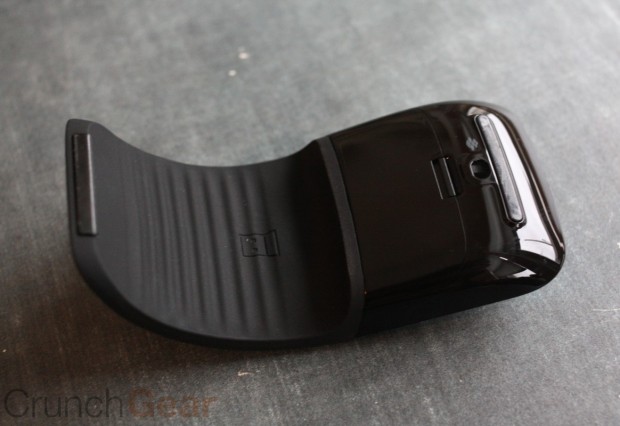 The touch-based scroll thing is divided into two pieces. You run your finger along it to scroll up or down, and can tap the top, bottom, or middle to do actions (by default page up and down, and middle click). Scrolling works surprisingly well, although just now as I was writing this paragraph, it cut out completely for about a minute. There’s a little vibration motor inside that “clicks” when you tap a responsive area, and simulates the clicky scroll of a wheel. I found it a bit creepy, but I think a lot of people will appreciate it. One note: it doesn’t detect when it reaches the end of the page; it keeps on making the “spinning” noise until it “runs down.”

The teflon patches on the bottom of the mouse are distressingly small, and it seems to make the mouse drag a bit. But that could also be my mousepad, so I’ll be sure to test it out on other surfaces before calling it. 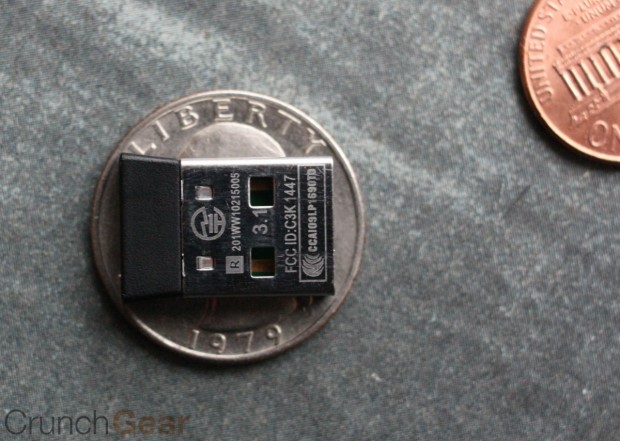 That’s the summary of my experience so far; look for a full review in a few days once I’ve lived with this thing for more than a couple hours.

Sorry for the excessive depth of field in the shots, it was a terrifyingly dark day in Seattle yesterday so light was hard to come by.