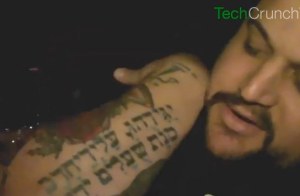 When a great story leaps out in front of you, sometimes you just have to whip out your flip camera and hope for the best. Apologies for the lighting on this one, but this interview with Micah Baldwin  was just too good to miss.

First some background. Micah’s company, Graphic.ly (a really cool digital comic book community), is based in Boulder, Colorado – a town that’s starting to get a serious reputation as a hotbed of startups…

There are numerous interesting venture-backed companies that have emerged from Boulder, including SimpleGeo (multi-homed in SF as well), OneRiot, Lijit, Sendgrid and now graphic.ly. Meanwhile cool companies like Kid Robot and Threadless have opened up Boulder offices. When I asked him what makes the town so special, Micah responded, “Boulder is amazing. I think something like 1 in 10 people are involved in a startup.”

I originally met Micah at a Twiistup retreat, where we bonded over an extremely large game of Werewolf (a game based on human dynamics around the truth, lies, problem solving and irrational thinking) that lasted until 7am (yes, this really is how some CEOs and VCs bond). Micah’s apparent unwillingness to lie during the game really struck me – while his Wonder Woman’s lasso confused many of the other players at the table. Micah was a hard one to figure out, but in the end, he was indeed telling the truth and never once lied during the game. Luckily for him, he never drew a Werewolf card so was never forced into dishonesty: my guess is that he would have stood up and said, “I’m the wolf!” and would have been immediately lynched by the villagers. I’ll have to play a few more games with him to figure out what his wolf game (wolf face?) looks like, but that’s my hunch.

Micah wears his story on his sleeves, almost literally. I was immediately fascinated by his tattoos, because it is something that maybe some entrepreneurs have, but they must hide them under long sleeve shirts, because I rarely see them. All of Micah’s tats are really great, but two of the tattoos, a bag of money and a MRI scan really hit a chord in my heart.

We all read Star magazine (of course I carefully hide it behind Scientific American on airplanes) and are so fascinated with so-called sex and drug “scandals” that it’s interesting when someone confronts the issues head-on. Admitting to everyone that you were once an addict takes away the intrigue and the power.

Micah was once an addict and he wears the fact proudly on his human sleeves. That’s the reason Micah has vowed to always try to tell the truth. I’ve asked him at least one dozen times if he was ok with me telling this story and he’s always responded with a strong yes.

To Micah, it’s important that people realize entrepreneurs are human. Just like those celebrities you see in Star magazine, they fall — and sometimes they fall hard. But then they have the ability to pick up the pieces and try again and that’s exactly what he’s doing. He’s not giving up. I’m blown away by Micah’s willingness to share such a personal story with us and I’m sure it is going to hit home for a lot of TechCrunch readers who may have once had a problem or are even still working through drug or alcohol related issues.

I hope that Micah’s stories – and his tattoos – are as inspirational to you as they were to me.