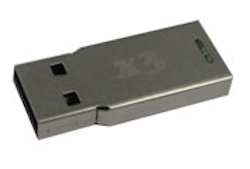 Not the biggest story in the world today—it is transfer deadline day, after all—but it looks like the big Sony PS3 modchip courtroom smackdown has been delayed by a few days. So says the mighty Kotaku, at least. The judge who was supposed to preside over the case didn’t show up today (it’ 9pm in Sydney as of this writing), thus the hearing has been moved back to Friday, September 3.

What does this mean? Eh, in the grand scheme of things not too much. The temporary ban on the sale and importation of that PS3 jailbreak dongle has been extended to Friday. That’s when Sony and its army of lawyers will try to convince the courts down there that these jailbreak devices have been created for the express purposes of piracy (don’t expect Sony to mention homebrew at all) and should thus be banned forever.

Funny how a multi-billion dollar company like Sony can be shaken in its boots over a tiny piece of plastic. What a wacky world.